Winstars 3 is a planetarium application for Windows, Linux, macOS and Android

Who remembers going to the planetarium? I was a kid when I visited one on a field trip. Stargazing isn't exactly my forte, though I like watching the night sky and try to identify some of the objects that I see.

Most of my space knowledge comes from sci-fi movies, shows, games, and the occasional news article or two. The most fun I had looking at the star-studded sky was probably when I used mobile apps like Sky Map.

But it's not really that easy to learn much while you're pointing a phone at the sky and trying to figure out what the celestial object you're looking at actually is. 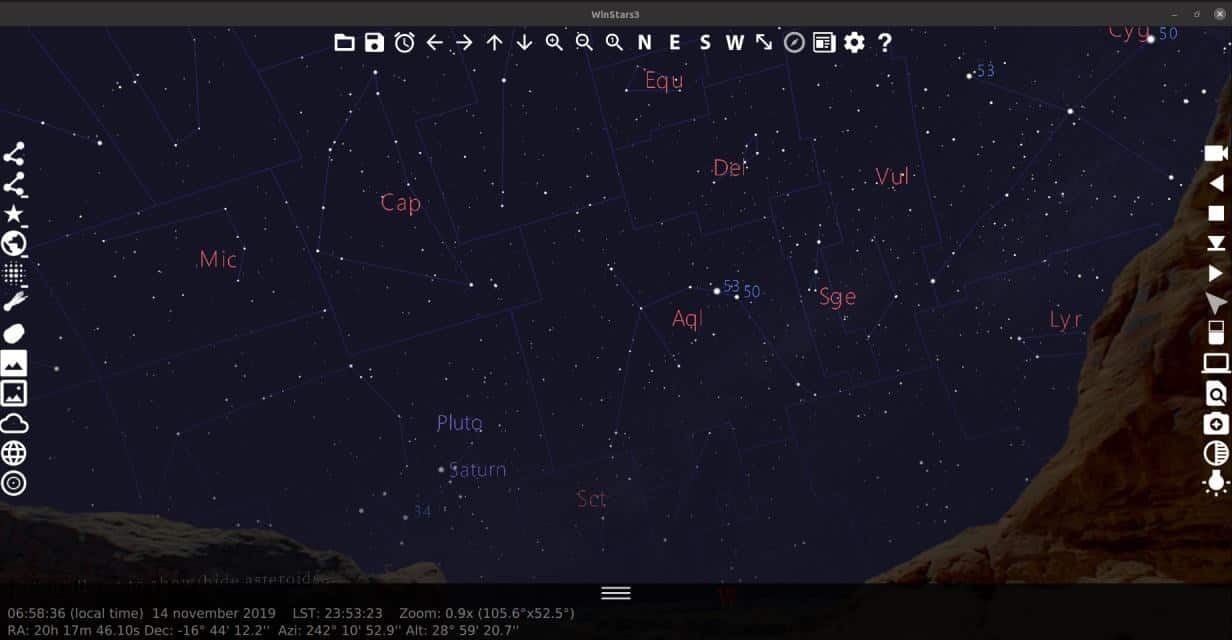 If you want the best learning experience, you're probably better off using a desktop program to observe a simulated version of the sky, and then putting your knowledge to the test by identifying objects in the real-life sky. Winstars 3 is a planetarium application for Windows, Linux, macOS and Android. We'll be using the Linux version here because it is fully free.

Please refer to the official installation page for the commands to install Winstars on Linux. Before you do, open the terminal and enter the following command to see which version of libc6 you have.

If the version is 2.29 or higher, go ahead and install Winstars. If it isn't, it won't work. The installation wizard will download the components required for the app to run. It should get the app up and running in just a couple of minutes. When you run the program, it displays some news related to astronomy from various sources; you can disable this option if you are not interested in that.

Winstars is a pretty complex app and displays advanced information that astronomy aficionados may love but it's fairly easy to pick up for beginners as well. The interface of Winstars 3 consists of five parts.

There are 3 toolbars, one on either side of the screen and one at the top of the window. The large pane which takes the majority of the screen space is the WinStars viewer. You can navigate around the scene using the arrow keys or by clicking and dragging the mouse to pan around.

The program displays some information on the screen such as directional indicators (N,S,E,W), names of celestial objects and so on. After all, it is meant to be an educative application. The small pane on the bottom displays the current time, LST (Local Sidereal time), Zoom, RA (Right ascencion), Dec (Declination), Azi and Alt angles of the current view. 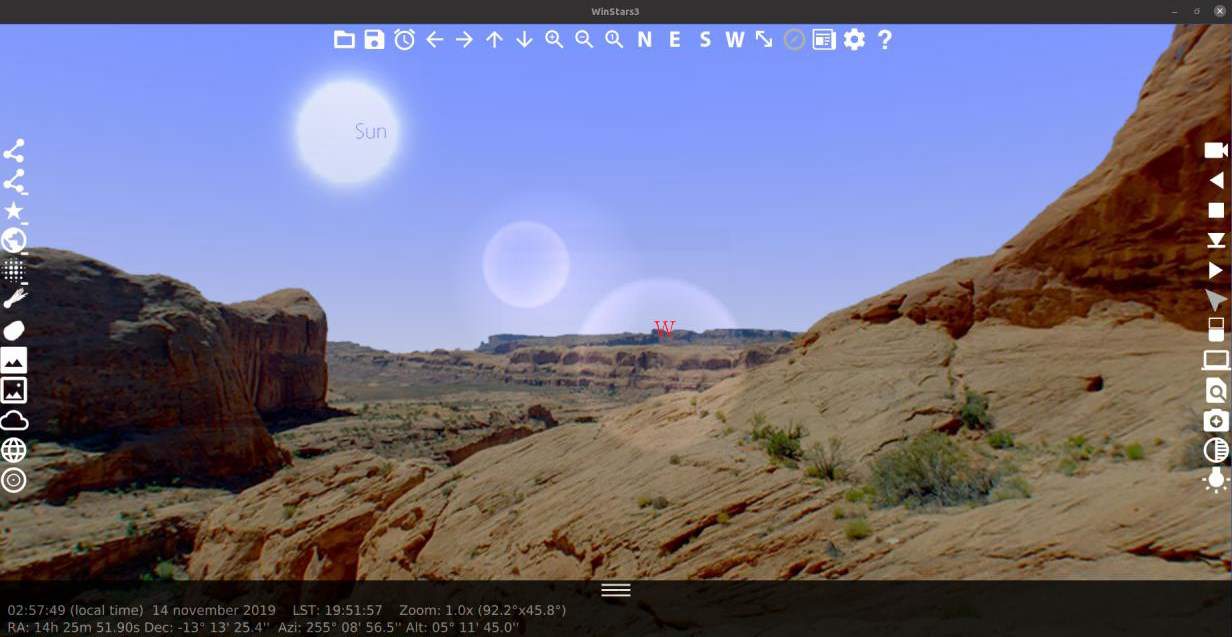 That's the Sun, see I learned something already. Jokes aside, Winstars is impressive. It is a bit taxing on the GPU, but if you have a good graphics card you should be able to enjoy a nice experience.

You can save and open your settings from the bar at the top. But more importantly, it has options to set the observation time. Say for example, you want to view the sky at noon or dawn, or any specific time, you can using it. There are some on-screen navigational buttons, zoom options, and directional buttons.

This set of controls can be used for controlling the time speed, animation box settings, finding an object, and more. One interesting option here is the Planetarium and Navigation 3D mode switch, which as you may have guessed toggles between the two modes. 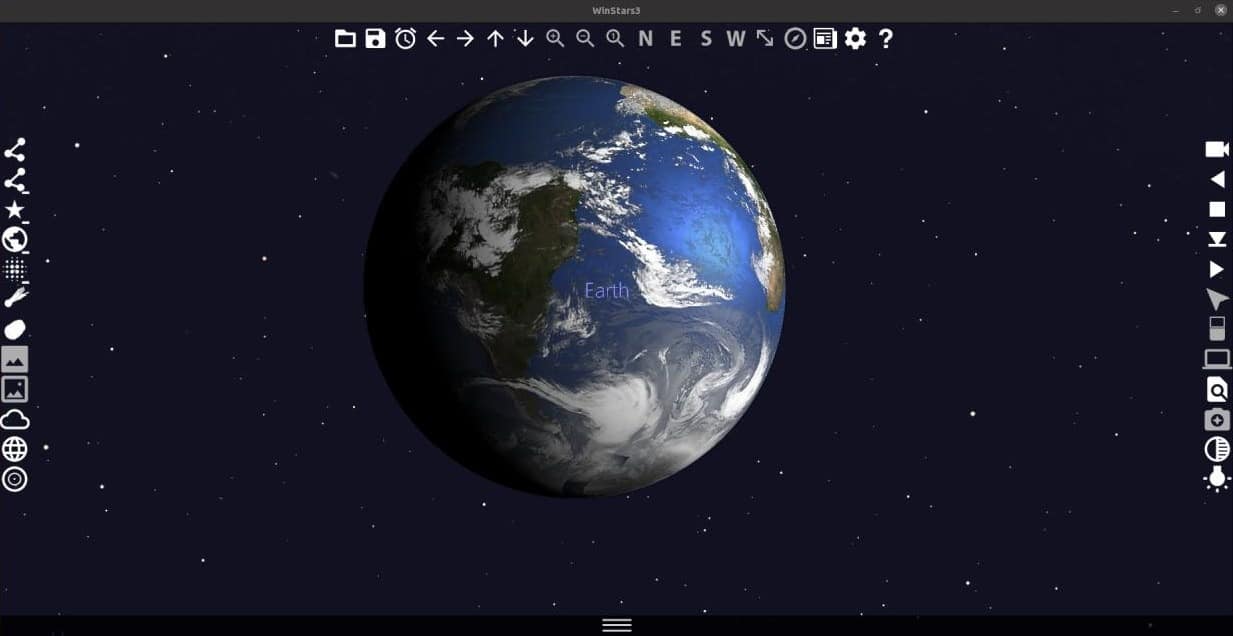 Winstars is free for Linux. The Windows version is shareware and has limited functionality. The Android version has a free demo with an optional IAP to purchase the full version. I tried the mobile version on my Redmi K20 and though it was quite good; the lack of a deep black sky was a bit disappointing.

Note: I couln't get Winstars 3 working on Linux Mint because the Libc6 library that it requires isn't up to date. In case you're interested, the error message was "/lib/x86_64-linux-gnu/libm.so.6: version `GLIBC_2.29' not found". Mint only supports 2.27-3ubuntu1 at the moment. So, I had to use Ubuntu for testing the program.

Previous Post: « Twitch Studio Beta launches for Windows: streaming for everyone
Next Post: Free Shooter is a simple and open source screenshot tool for Windows »