How to fix You'll need a new app to open this calculator - gHacks Tech News
ghacks.net

Windows 10 is no stranger to errors. But this one was new, and not a blue screen error. When I tried to run the Calculator application, it told me this. "You'll need a new app to open this calculator". I need an app to open an app? What? 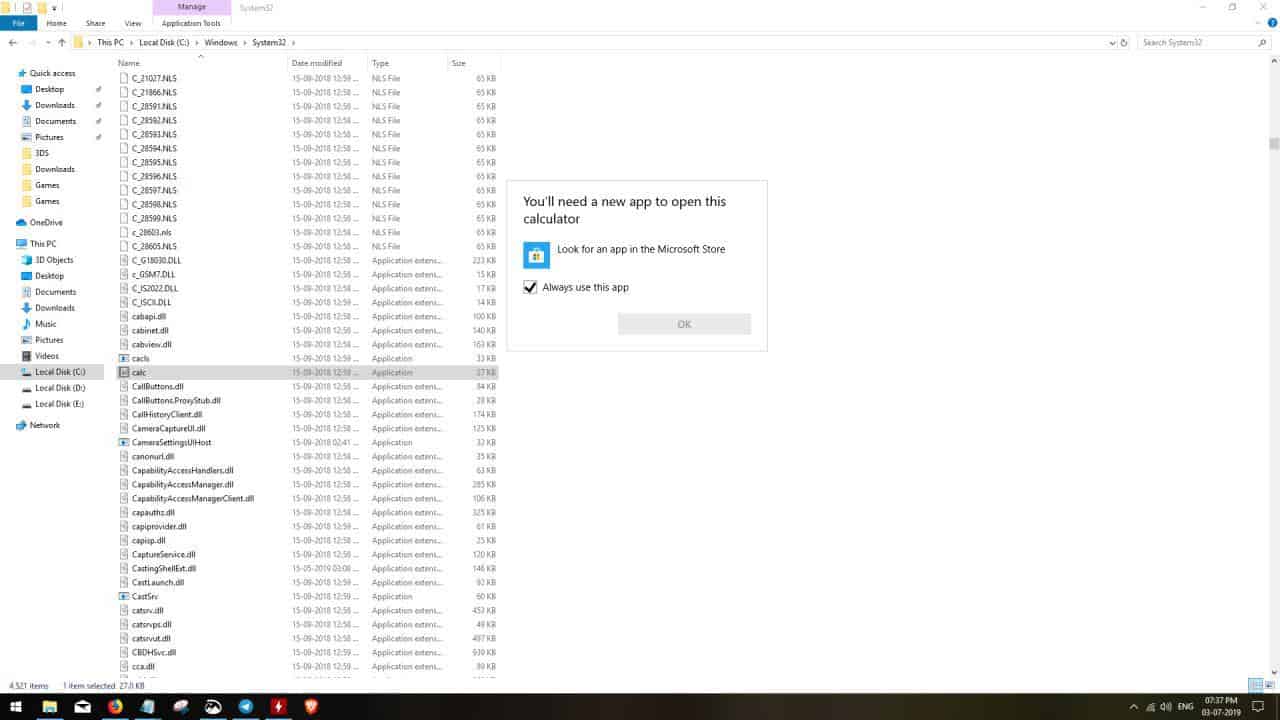 Notice that the OK button is greyed out.

So, I decided to search the Microsoft Answers community. That's where users go with their error messages, and sure enough I found a thread detailing the exact same problem. A couple of Microsoft Agents had posted some fixes, which I hoped would fix the issue.

Here's a list of what I tried, and didn't work:

I rebooted the computer, hoping it would have fixed the issue. Running Calc.exe told me it didn't fix it. I wanted to "Reset" the Calculator from Settings > Apps & Features, but the app wasn't even listed there. This is when I began wondering if this was a more complicated issue than I had believed it to be.

And this moment was also when I found the fix, and I literally laughed out loud when it worked. Instead of closing the pop-up, I hovered over to the "Look for an app in the Microsoft Store" option and clicked on it. It opened the Windows Store app, and displayed the Windows Calculator page.

It had a get button, clicking which, showed an install option. I clicked that, and immediately got a notification in the Action Center telling me that Windows Calculator is ready to use, and showed a launch option. I didn't use that, I wanted Calc.exe to work when I clicked it, and sure enough it did.

The fix may sound really obvious to you, but the reason why we're sharing this is because it could potentially fix other default apps in Windows 10. Also, why on earth has Microsoft greyed out the OK button? Surely, there will be a few people, like me, who didn't realize that the "Look for an app in the Microsoft Store" is the fix. The phrasing of the option is also something that could confuse some users. Most people would assume that the error message is illogical. Something like "You need to download Calculator again" or "This app needs to be re-downloaded" could be better.

Previous Post: « How to fix an exception occurred error during CFW install on Nintendo 3DS
Next Post: Windows 10 version 1903: banding on gradients issue »