Avast just announced that the company has acquired the software company Piriform, best known for the software program CCleaner for Windows.

Piriform's flagship product is CCleaner, a temporary file cleaner and traces remover for Windows. The company has created other respectable programs such as Speccy, a hardware inventory software, Defraggler, a file defragmentation program, and Recuva, a file recovery application.

The company started out as a producer of high quality Windows programs, but has created an Android and Mac OS X version of CCleaner in the past to branch out to other platforms.

According to Avast's announcement, CCleaner is used by 130 million users of which 15 million are using the Android version of the application. 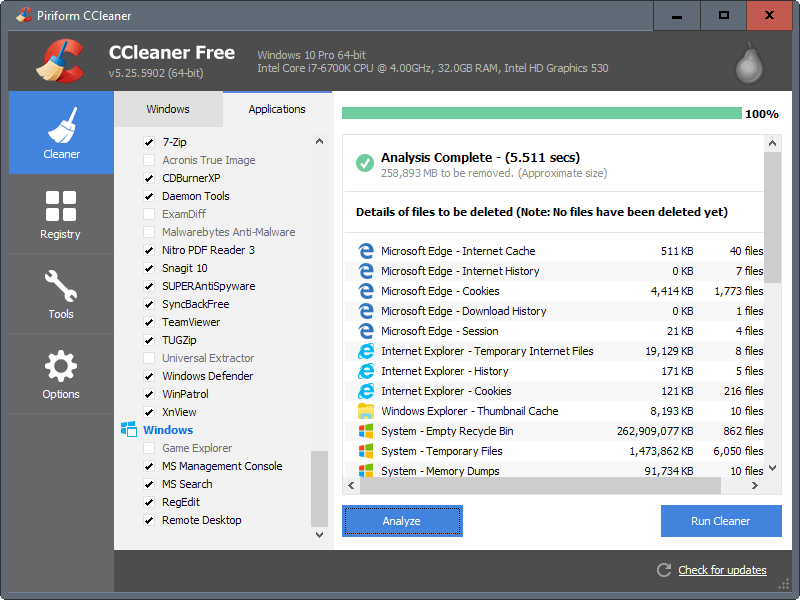 Avast announced that it plans to run Piriform products separately from current Avast products. Avast itself has Avast Cleanup and AVG TuneUp in its portfolio already (the company acquired AVG recently as well).

Moreover, both CCleaner and Avast are known for their innovative and lightweight products. Piriform’s technology and products are extremely robust. We will maintain the Piriform products separately from our current Avast optimization portfolio, and Piriform customers can rest assured they will continue to get the attention and service they are used to. Our existing performance optimization products, Avast Cleanup and AVG TuneUp, will remain available.

That's good news for users of CCleaner and other Piriform products. It remains to be seen if the acquisition will impact the product portfolio of Piriform and Avast in the long run.

Avast hints at potential synergies between the company's community and the Piriform community.  While it does not reveal any plans, it appears to be something that Avast wants to leverage.

We see many commonalities and synergies between CCleaner’s community and ours that we want to leverage.

Avast made two strategic acquisitions in the past 12 months. First the company's acquisition of security firm AVG in 2016, and now that of Piriform.  While Avast did not reveal the price it had to pay for Piriform, it seems likely that it paid a fraction of the cost of AVG's aquisition for the company and its product portfolio.

It is unclear right now what Avast's plans are with Piriform. We know that the company wants to keep Piriform products separate for the time being, but it seems unlikely that this is Avast's end game. (via Caschy)

Now You: What's your take on the acquisition of Piriform by Avast?

Martin Brinkmann is a journalist from Germany who founded Ghacks Technology News Back in 2005. He is passionate about all things tech and knows the Internet and computers like the back of his hand. You can follow Martin on Facebook or Twitter
View all posts by Martin Brinkmann →
Previous Post: « Malwarebytes AdwCleaner 7.0 released
Next Post: RadioMaximus: play and record Internet Radio »