AOMEI Backupper 4.0 is the latest version of the popular free backup program for devices running the Microsoft Windows operating system.

The new version of the backup program is still offered as a free version -- called standard -- and two commercial versions called professional and server.

Main limitations of the free version are that it cannot be used in business environments, that it lacks the OS migration feature, event triggered backups, real-time network path syncing, and command line support.

Most home users may not need those features on the other hand, at least not regularly. I suggest you check out our reviews of AOMEI Backupper 3.5, 3.0, and 2.8 for an overview of the program's functionality. 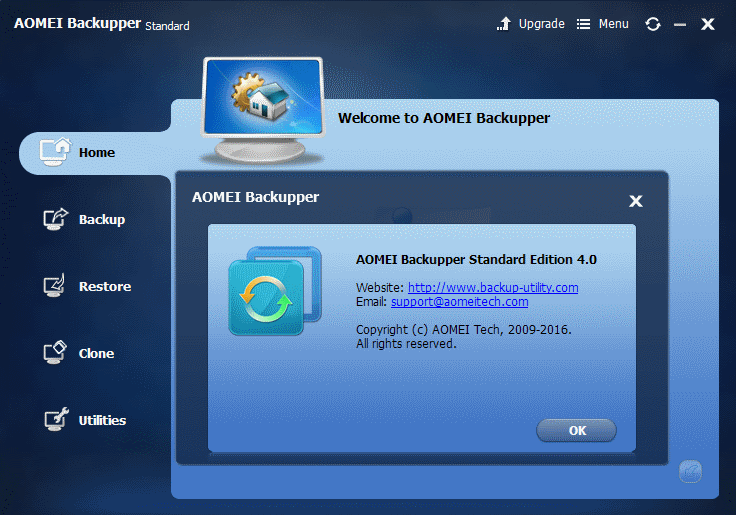 AOMEI Backupper 4.0 is a major new version but both upgrades and new installations should work just fine. You can run a check for updates with a click on menu > check update. The backup program should pick up the new version and suggest to download and install it.

The installation process has been optimized. All you need to do is execute the installer and click once to install the backup software on your system. You may change the path on the device but that is about it.

The big new feature in AOMEI Backupper 4.0 is real-time file sync. You may remember that sync functionality was introduced back in version 2.8 of the application. 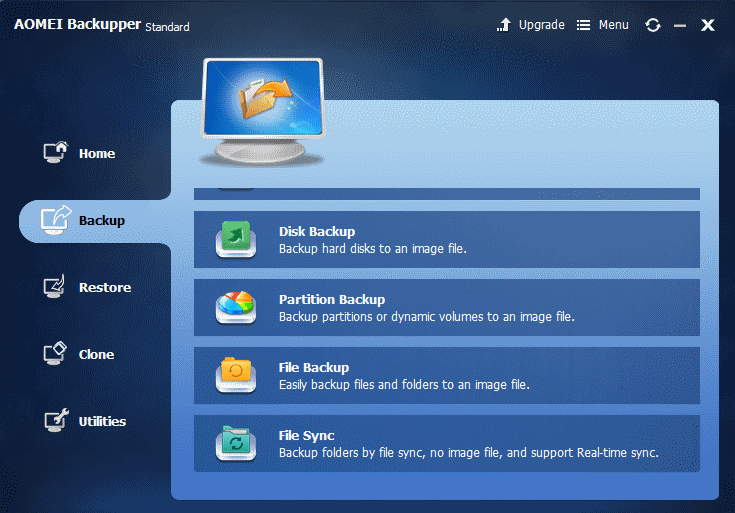 You can configure the new option in the following way: 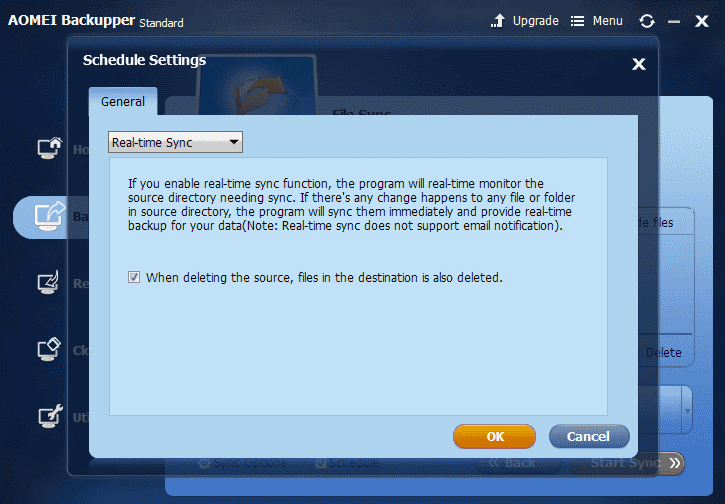 Another interesting new feature is the option to select a cloud drive as the target path for a backup or sync process. The program supports Google Drive, Dropbox, OneDrive, Box, SugarSync, hubiC and Cloudme currently.

File restore, an option to restore individual files, supports making those files available without their original path. This is quite useful if you just want the file but don't need the path as well as it saves you some clicks to go to the file in question.

The new version ships with a couple of fixes, and two options for the Technician and Technician Plus versions of the program that allow users to create a fully portable version of the program, and use a newly integrated image deploy tool.

AOMEI Backupper 4.0 brings real-time sync support to the backup program. You may want to give it a try if that is what kept you from installing the program in first place.

Existing users may want to update to the new version anyway, especially if they ran into one of the fixed issues or want to make use of the new functionality of that version.

Now You: Do you back up regularly?

Martin Brinkmann is a journalist from Germany who founded Ghacks Technology News Back in 2005. He is passionate about all things tech and knows the Internet and computers like the back of his hand. You can follow Martin on Facebook or Twitter
View all posts by Martin Brinkmann →
Previous Post: « Backup Virtual Reality data with vrBackupper
Next Post: Blackbird: Windows privacy, performance, security tool »