A new version of the popular AOMEI Backupper backup software for Windows was released yesterday introducing new features such as support for backup schemes and improved command line support.

The program, available as a limited free and Pro version, is listed on our best free drive backup programs listing for Windows, and updated frequently with new features, for instance File Sync in Backupper 2.8.

AOMEI Backupper 3.0 introduces two new features of which one is only available in the Pro version of the application.

Backup schemes allow you to manage backups automatically in order to save disk space on the backup drive. It enables you to select a scheme for a backup that is executed by Backupper when certain requirements are met.

To use the new feature edit an existing backup or create a new one, and check the Scheme box on the configuration page. 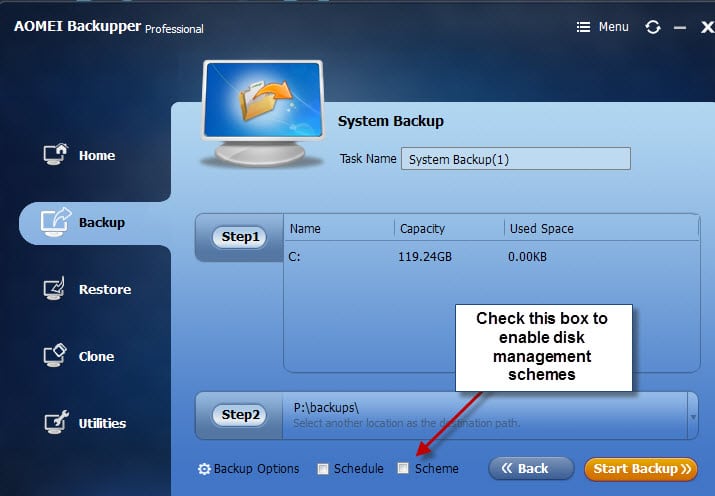 The available options are listed on the next page. While it looks on first glance as if it allows you to set a maximum number of backup copies to retain at any time, it offers more than that.

If you select the space management scheme for instance, you are asked to specify when you want a full backup to be created after creating a certain number of differential backups. It will furthermore automatically check disk space availability and delete older backups if disk space is running low. 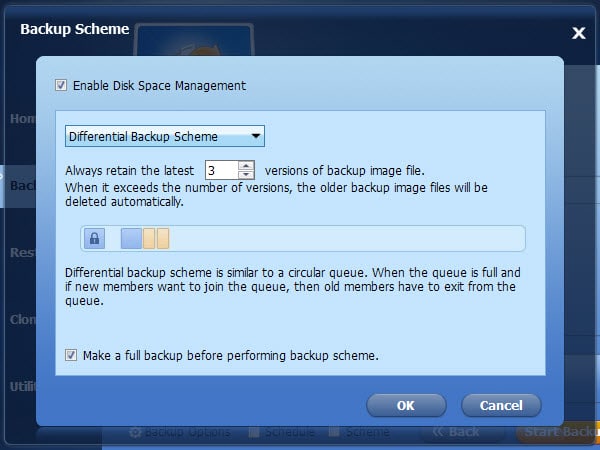 To give another example. If you select incremental backup scheme, backups are assigned to groups and you decide when to delete a group and create a new one in the process.

Two new command line options were added to Backupper in version 3.0 as well. AMBackup /c runs the new clone command and AMBackup /r the new restore command added to the new version of the application.

The new version supports a couple of other features that may be interesting to some users. It supports 4K monitors for instance, and the PXE boot tool supports the deployment of WIM image files now. Users may also select to perform power-state changes after successful backups to restart, sleep or hibernate the machine.

The new features that are introduced in AOMEI Backupper 3.0 improve the program further. The main new feature, backup schemes, is not available to free users on the other hand but Pro users may find it useful especially if they run into low backup disk issues frequently. Both versions are available for download on the developer site.

Now You: What is your backup program of choice?