The last couple of weeks have not been good to Nvidia. The company released a new driver with the version 375.57 in late October that caused major issues especially on Windows 10 devices. This issue got patched relatively quickly though.

It appears that Nvidia's latest driver, version 375.86 is also causing issues for users who have updated  it on their systems since release.

While that sounds great, especially if you own one of these games and want the best experience, you may want to wait before you install the latest driver. 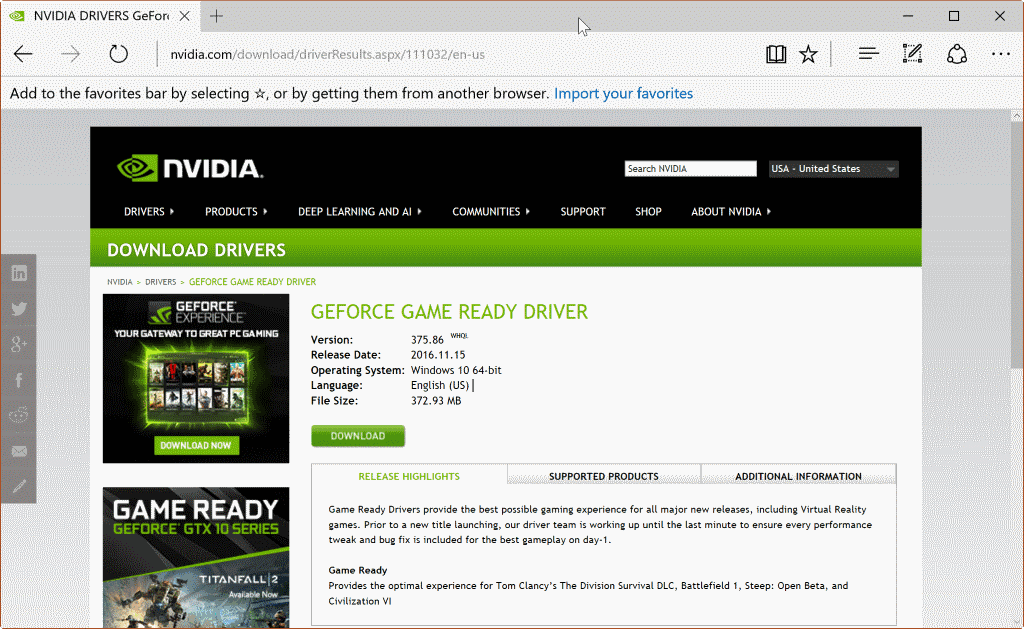 Reports on the official feedback thread reveal a number of serious issues that users may experience when they update to the latest Nvidia driver:

These issues are not limited to the listed games. Especially the performance issue is problematic as it affects all games on the system and not just the handful that the driver optimizes . Users are reporting very low frame rates in games that ran fine before installation of the driver because of memory speed lock. The performance issue may also affect other processes that rely on the video card.

Users who experience these issues should remove the Nvidia driver from the system and install the previous one instead. Doing so does away with the issues. It is recommended to wait for a new driver release, and monitor feedback before installing it.

Nvidia has released two problematic drivers in less than a month. If you needed another reason not to install drivers when they are released, this could be it. It may make sense to block automatic driver updates on your Windows PC to prevent drivers from being updated automatically on the system.

In fact, if you don't use Geforce Experience, you may want to uninstall the component completely and download and install drivers manually instead once you have made sure that they are not causing issues.

Now Read: How to turn off Nvidia Telemetry