The recent update of the privacy tool W10Privacy to version 2.0 introduced a new feature to the software program that lets you control the update functionality of the Windows operating system through the application.

We reviewed W10Privacy as part of our guide to Windows 10 Privacy tools, and covered one of the recent updates of it which brought additional privacy options to Windows 10.

The major new feature of W10Privacy 2.0 is that you can have the software disable the operating system's own update mechanism and replace it by its own.

The idea behind the feature is to give users full control over updates by listing all available updates first and allowing you to pick the ones you want installed on the computer. 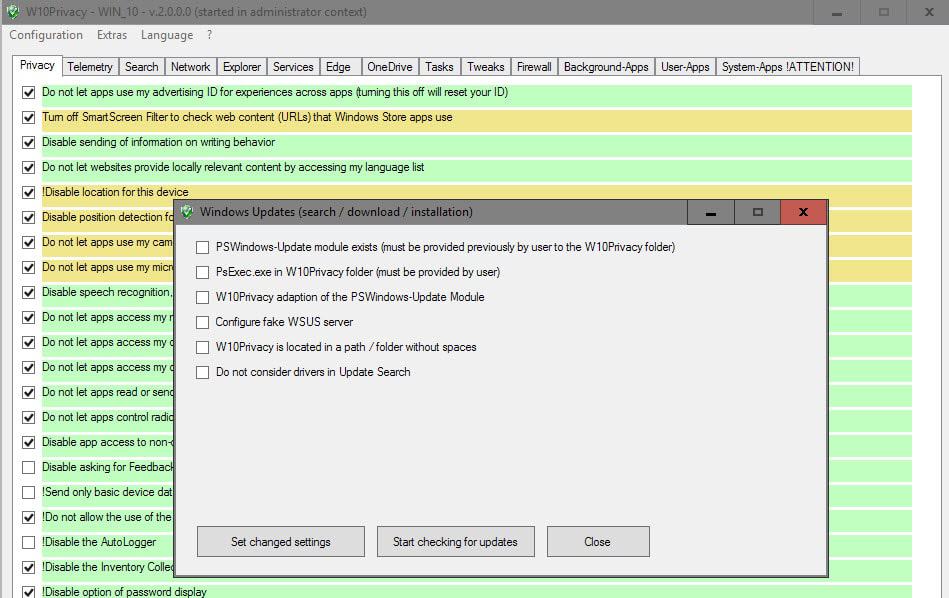 The new feature is integrated into W10Privacy but requires third-party code that needs to be downloaded separately.

To get it working, do the following:

You find the new module listed under Extras > Windows Updates. None of the six options are enabled by default. Here is a quick rundown of all six options since it is not always clear what these options do.

All five options are requirements for using W10Privacy to replace the operating system's update functionality with its own.

The sixth option is completely optional:

Note: The program creates a System Restore point on start. You may want to create a full system backup as well just to be on the safe side considering that core features of Windows are manipulated by the software.

A click on the "start checking for updates" button runs a scan for updates once all five boxes have been checked on the configuration screen.

W10Privacy displays a list of updates that are not yet installed after the scan. Each update is listed with its KB id, size, and its title. There is also a checkbox in front of every update that you use to select those that you want installed on the computer system.

You may use buttons at the bottom of the page to check or uncheck all, and to being download and installation of the selected updates. 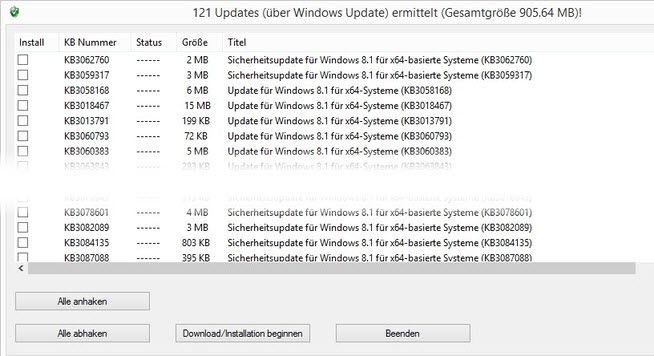 The new update feature improves W10Privacy, but this initial version is not intended for everyone just yet as it changes a core system feature and replaces it with its own version.

This means that you have to run the tool regularly, and its update check, to make sure you don't miss any update.

I cannot stress the importance of creating a backup enough, so here it is again: backup before you use the tool. (via Deskmodder)

Previous Post: « VCLip is an easy to use desktop screen recorder
Next Post: Kaspersky Cleaner is a free CCleaner-like program for Windows »