How to import partial torrent downloads into another application - gHacks Tech News
ghacks.net

How to import partial torrent downloads into another application

Recent uTorrent developments have caused some concern in part of the Bittorrent client's userbase. An increase in advertisement, in form of toolbar and other third party offers during installation and updates of the client software, in-content advertisements, and uTorrent Plus, have put a dent in the program's public perception.

Fed up with the development, some users decided to switch clients. But what about partial downloads in the old Bittorrent client? You can either keep on using the old program until all downloads have completed, or find a way to import the partial torrent downloads into the new Bittorrent application to avoid having to download the data from the very beginning.

The problem here is that the approach differs from software to software, and that one way may work in one application, but not in another. Generally speaking it should not be difficult, considering that the data that the torrent clients download is the same. Some clients on the other hand may add file extensions of their own to the files they download until the download completes. If that is the case, you may need to remove those extensions from the files so that the new Bittorrent client can recognize the partially downloaded files correctly. 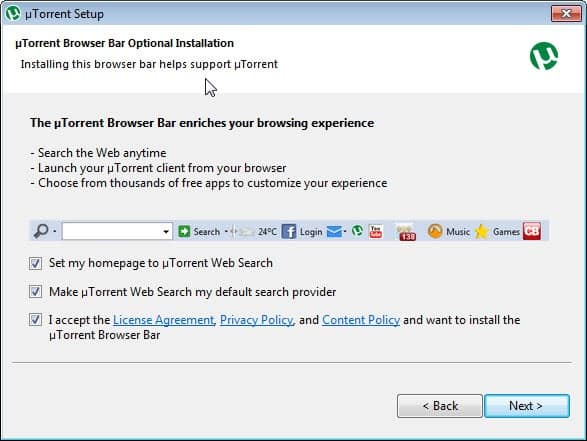 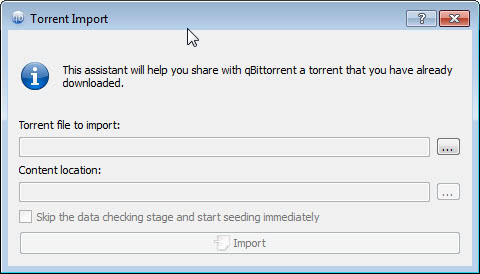 Note that you can only import one torrent at a time using the import option. That's ok if you only need to add a couple torrents, but not really an option if you have dozens or even hundreds of options, especially since you cannot set a default content location in the dialog that is used for all consecutive imports.

Previous Post: « How to recover data from a damaged docx, xlsx or pptx document
Next Post: How to remove http://www.searchnu.com/406 from your browser »