It's being reported that the US Federal Trade Commission has given the green light to Microsoft's proposed buyout of Internet communications company Skype. The purchase was announced a few weeks ago and will cost the Redmond giant $8.5 billion.

This will make the Skype purchase the company's largest ever acquisiton in cash terms and is interesting for several reasons. The first of these is that Skype doesn't make any money as a company. Microsoft's buyout will no doubt then have come as welcome news to Skype's board. 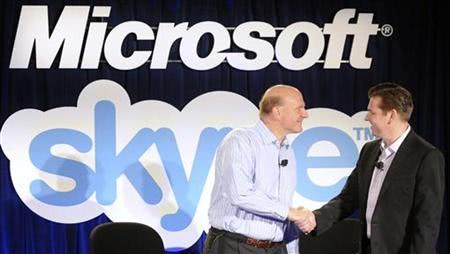 Also Microsoft now has a capable full suite of communications products with its Lync services. These include messaging, VoIP and Internet telephony products. Lync is a new product for Microsoft and some might question the timing of the Skype buyout when Lync is far enough through its development cycle to mean that features cannot now be changed.

A few people however have speculated that Microsoft's primary reason for the Skype purchase is the company's advertisers. Skype has 145 million people using it every month and has an equally impressive advertiser base that Microsoft would like access to.

Whatever the reasons for the purchase there can be little doubt that Internet telephony and other forms of Internet voice communication are a boom market that's only ever going to get bigger. Buy buying Skype now, not only are Microsoft saving the expense of having to invest in their own communications datacentres, but they're buying a successful brand at a time when there won't be a huge premium to pay for it.

It remains to be seen how Google and Facebook, the biggest competitors to Microsoft in this arena will respond. So far neither have similar products of their own, however it can be reasonably predicted that they will want to add such services in the coming few years. The purchase of Skype would have fitted their own product portfolios just as well as it does with Microsoft.