Google recently launched its new online music service through Google Music Beta which is jam- packed with features. It allows uploading up to 20,000 songs on to the virtual cloud known as a Virtual locker. These songs can be accessed from any part of the world with an Android phone, a tablet or a computer connected to the internet service. It provides instant updates of the modified playlist and the settings of a particular locker when it is accessed through any device. It will also assist in creating a playlist dictated by your preferences and moods. Google Music Beta also makes music available offline on the portable devices.

Google Music Beta is exciting with a great user interface which is simple but multi-functional. The service at the same time is limited to users from the United States only. It has other quirks, like no music shop integration, no downloading and the fact that it will turn into a paid service after the beta. 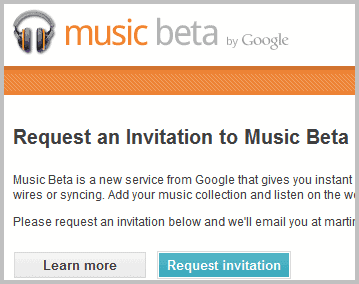 There appear to be a few music service providers already available on the web that can give Google Music Beta a run for its money.

This application is launched in the UK, France, Finland, Norway, Netherlands, Spain and Sweden, and not available in US, but it will soon make its appearance in the US. Spotify a new desktop application which streams music files from the web instantly for listening. This application also makes music available offline. It provides higher quality of bitrates than most of the streaming applications, up to 320kbps. Spotify has integrated sharing features to share music on social networking sites like Facebook and Twitter.

To every oneâ€™s amazement YouTube also provides music video streaming services. Almost all the official music players use Youtube to access their videos from any part of the world using any portable device. These videos can be added to a personal playlist, which can be accessed while listening to the music. 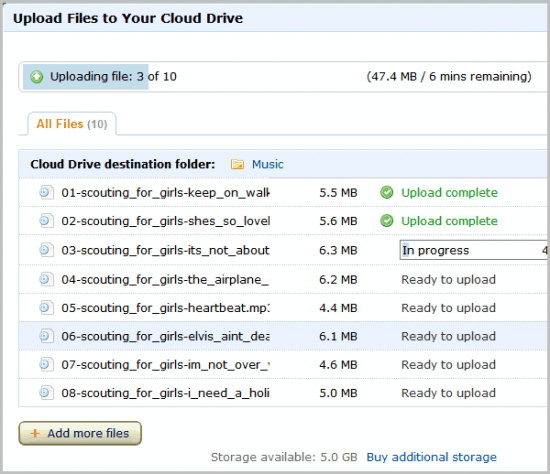 Amazon Cloud Drive is one of the strongest competitors to Google Music Beta. Amazon not only offers to stream music but allows uploading of all types of documents to its Cloud Drive. The Cloud Drive later provides a music player called the Cloud player through which all the uploaded music can be played-back on the cloud from anywhere while on the run using different portable devices. The main drawback to Amazon Cloud Drive is that it provides limited storage space of only 5GB which can be used to store any type of data. This storage space permits only 1000 music files compared to Googleâ€™s 20,000. Extra storage space can be purchased at a rate of $1 per GB if required. Amazon also provides offline streaming of the videos, music and all the uploaded files.

Pandora is a music streaming application which has been available on internet for the past few years. It is more like a digital radio available on the internet. Users cannot build a playlist or upload the music that they have with them. Instead it uses musical preferences and creates its own channels from which the user can select the favorite music. Two versions are available, one free and a second paid option. The free version allows only 40 hours of monthly usage while paid version for $36/year gives access to unlimited hours of high quality music at speeds of 192 kbps.