Aero in Windows 7 introduced several new features like Aero Peek that allowed users to preview thumbnails or program windows by hovering over the icon in the Windows taskbar, Aero Snap which allowed users to snap windows to the right or left side of the screen and to minimize or maximize them or Aero Shake which basically minimized all windows but the active one on execution.

Windows Aero Blur has been revised in Windows 7 as well. The feature blurs the backgrounds of toolbars, taskbars and windows. A good example of how Aero Blur affects a window can be seen in the Gadgets window. 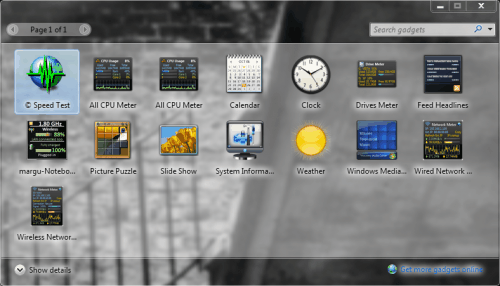 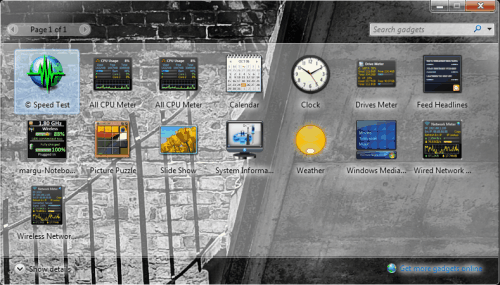 Windows 7 Aero Blur Tweaker is a software program to quickly disable or enable Blur in Windows 7. The developer has created both a 32-bit and 64-bit edition of the program that displays two buttons of which one is active at all times.

The two buttons displayed hide blur or show blur. A click on a button will perform the operation which is immediately visible in the operating system.

We had to run the program with administrative rights for it to function correctly.