A Life Without Flash 4 Weeks Later

I decided to uninstall both Adobe Flash and pdf readers from a work computer four weeks ago. The motivation to make the move came from an increase in reported Flash and pdf specific exploits and attacks that put computer systems at risk. There was a downside to it as it became quite complicated to view Flash videos for instance.

This is now the fourth week of the change. There have not been many situations where I missed the Flash player, mainly when I stumbled upon a video recommendation or when one of my friends sent me a link to a new video that they recommended to watch.

So, in many of these occasions, I was not able to play the video, and in the case of some sites, I had to stop using them because they were only offering Flash-based video.

One of the most irritating experiences was the constant notification in the RSS feed reader RSS Owl that the Flash Player was not installed. It was possible to turn that message off but this also meant that the reader would not display images anymore. I still decided to turn it off as the messages were to frequent to be ignored.

I did cheat just a little bit as I run a developer version of the Google Chrome web browser which, as some of you may know, comes with native Flash support. I'm still able to access Flash content when I start that web browser. 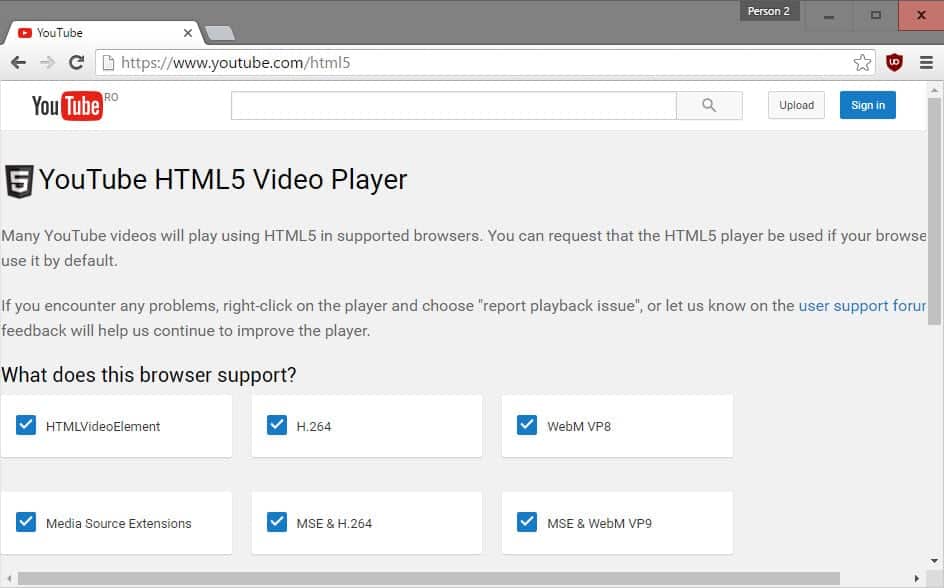 I discovered two additional workarounds. The first was to change the YouTube Flash Player to the experimental HTML5 player. I was then able to play many - but not all - YouTube videos without Flash. But only on the site directly and not on websites that embed the videos.

The second option was to download videos if I needed to watch them. This was again not possible on all sites and for all videos but it helped me out several times. It is not such a practical thing to do but still better than not watching it at all or running Flash in the background all the time.

I have decided to continue on this path. No Flash plugin on my PC with the exception of the native Flash plugin in Google Chrome. It works pretty well and the PC is more secure without Flash.

Update: The situation improved gradually over the years thanks to the rise of HTML5 and other JavaScript-based technologies.

Many video sites are offering HTML5 players nowadays next to Flash-based players, or even no Flash-based player at all anymore. On the PDF-side of things, most modern browsers ship with PDF reading capabilities that require no browser plugin or external program to view PDF files directly in the browser.

In addition, all major browser companies plan to remove support for classic NPAPI plugins in 2016.

Article Name
A Life Without Flash 4 Weeks Later
Description
Four weeks ago I decided to uninstall Flash. This article looks at how things went for me after I made the decision to remove it from my systems.
Author
Martin Brinkmann
Publisher
Ghacks Technology News
Logo