A Life Without Flash

Adobe has a market penetration of 99% which means that it is installed on 99 out of 100 computer systems according to a study posted on the Adobe website.

Security vulnerabilities on the other hand become more frequent and users have to update their versions of Flash regularly to patch these issues secure their computer systems.

If you'd remove Flash from your system, you'd make it more secure. But which consequences would it have in terms of usability? Are there websites and services that would stop working completely or partially? To find out we need to take a look at the functionality of Flash. Why is it installed on so many computer systems and what are the core services that are offered in Flash?

What is Flash being used for? 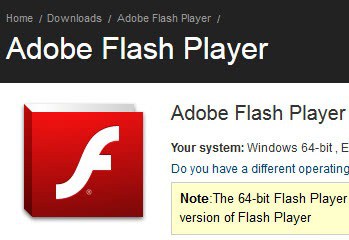 There are not any official statistics about Flash usage on websites, at least none that we could find during our research. We were able to identify the following sectors in which Flash is being used:

Update: It is 2016 now and technology has advanced. HTML5 video and audio is used on many sites and have started to replace Flash in the process. Flash is still an important part of the web, but its importance is fading with each passing week. End

HTML5 introduces media streaming capabilities which should reduce the need for Flash in that area. YouTube for instance is offering an experimental HTML5 video player that can be used instead of the Flash player to view the videos on the site. There are also some options to either replace the Flash player in a web browser with a media player that is installed on the computer system.

Firefox add-ons like Media Player Connectivity replace the Flash player, some display the output in the web browser while others redirect it to the local media player.

Games on the other hand cannot be played if Flash is not installed. The same is true for advertisements (which most Internet users probably won't miss at all).

Services and sites on the other hand depend largely on the user's personal web surfing habits. Flash player might still be needed if websites with Flash exclusive features are accessed.

Can you live without Flash?

It is quite possible to not install Flash. Alternatives are available at least partially in the media streaming sector. Not all media sites might work though but the way is paved for a Flash less future. Casual gamers on on the other hand have barely any other options. Java might be an alternative but the majority of games are served in Flash, and Java is not overly secure either.

One option that you could consider is running a special browser only for Flash, or running a Flash browser in a sandbox or virtual environment to improve security and reduce the impact of successful exploits on the device.

Now You: What's your opinion on the matter? Do you use Flash? Do you have plans to stop using it in the future?

Article Name
A Life Without Flash
Description
The article looks at what the Flash technology is used on the Internet, and whether it is possible to use devices without Adobe Flash.
Author
Martin Brinkmann
Publisher
Ghacks Technology News
Logo

Previous Post: « How To Delete And Add Registry Keys From The Command Line
Next Post: Adobearm.exe And Reader_sl.exe »