Twitter introduced a new feature called Twitter Lists recently. Before Twitter Lists, Twitter users could only look at messages of individual users. They could look up messages posted by a friend, work colleague or a family member for instance, but not messages from more than one account at a time.

If you for instance wanted to find the most influential Twitter users in politics or technology, you would have to do a lot of research off-site to find the names that you are looking for, and did not have a good way of keeping track of these accounts as you could not really put them into a group. 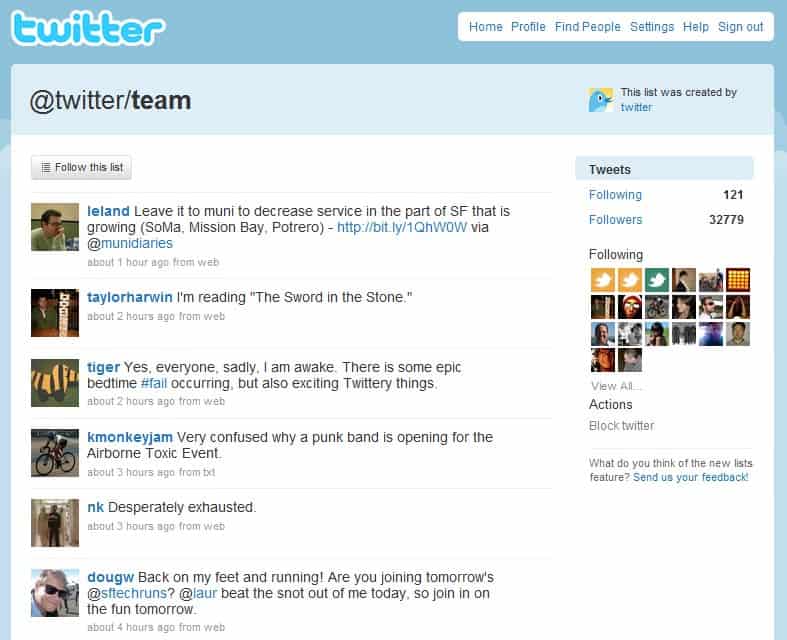 Twitter Lists introduces a new feature that third party websites have been offering for a while. A comprehensive option to build a list of Twitter users on any subject. This can be a list of all students in business 101, a list of local politicians who use Twitter, a list of the world's most popular thinkers, or all of your family members or work colleagues.

To sum it up: Twitter Lists makes it easier to combine the messages of various Twitter users under one roof without having to filter through additional noise that is created by messages that they receive in their standard Twitter Account.

There is still one question to be answered: How can someone find the best lists without having to manually look at the pages of Twitter users? The answer, at least for lists of prominent Twitter users, is Listorious. The service maintains a list of (currently) 140 Twitter lists sorted in categories like media, news, marketing, health or finance. 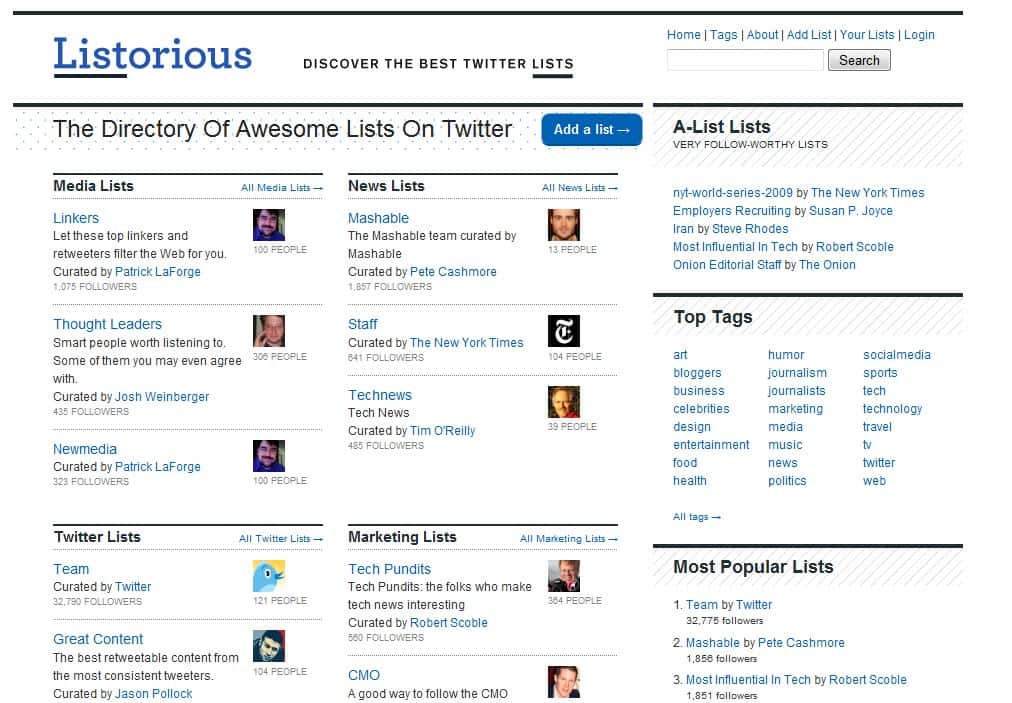 This is a good starting point to find lists of prominent Twitter users like all verified NFL players who use Twitter, journalists who cover finance and business or thought leaders of this world. On the other hand; You won't find your high-school's teachers there.

Update: Listorious is no longer available, the website returns a 404 not found error. We are not aware of any alternatives. 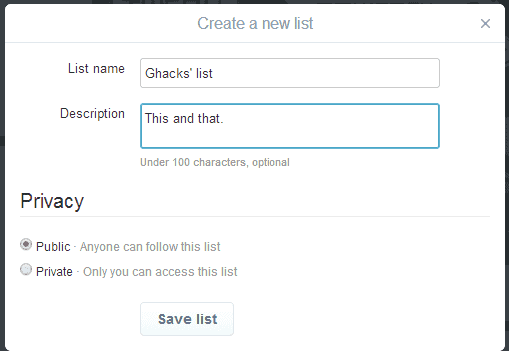 Lists can be public or private, and once you have created a list, you can start adding people to it using the search that is displayed to you on the next page. 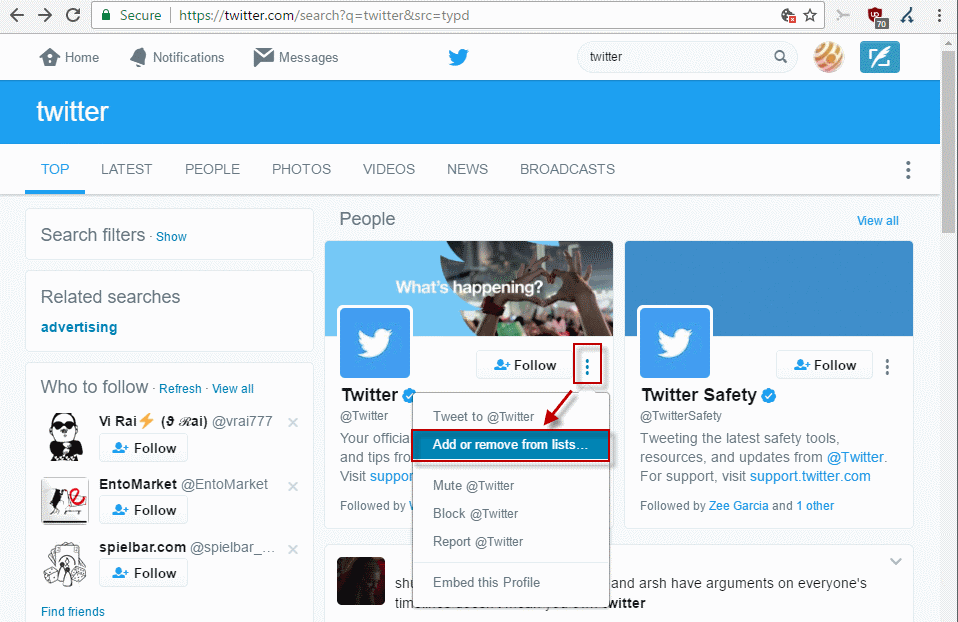 You need to click on the three dots menu icon next to a Twitter account, and select the "add or remove from lists" option to add or remove that account.  Accounts can be added to multiple lists, and you may create new lists on the "add to list" page as well.

You may open your lists on Twitter at any time, and add or remove members of that list from it.

Additional information about lists is available on Twitter's support website.

Summary
Article Name
Twitter Lists Explained
Description
The guide explains what Twitter Lists are, how you can create public and private lists, how to add Twitter users, and how to edit or delete lists.
Author
Martin Brinkmann
Publisher
Ghacks Technology News
Logo