Netgear decided to hop onto the Open-Source bandwagon by developing a wireless router that would take user created firmwares without complaints, heck that was developed just for this purposes. I covered some of those firmwares in the past that can be applied to several non-Open-Source routers as well. The difference is that if something goes wrong during the firmware update you cannot count on the guarantee to replace the router.

The Netgear WGR614L Open Source Wireless-G Router is compatible to well known firmwares like Tomato and DD-WRT with several others in the making. You might be asking about the benefits of running an Open-Source router in comparison to one that is not. It all boils down to something that gets updated regularly with new features versus something that does not get updated anymore after some time has passed since the initial release.

Netgear seem to have at least one person on board that is proficient with today's Internet. They have created a community website just for their new line of Open Source routers which perfectly catches the latest Internet trend: Social community. 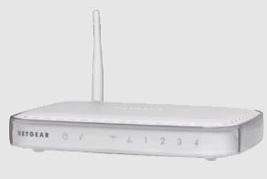 The website contains blogs, a news sections, downloads, tutorials and a nicely populated forum that is slowly picking up pace. While the Netgear WGR614L Open Source Wireless-G Router is clearly aimed at Linux users Windows users can obviously use the router as well. It retails for a reasonable price of $69 and got mostly positive comments at Amazon and other online shops that sell it.

Previous Post: « What Would You do with a 1.5 Terabyte Hard Drive?
Next Post: Fast SSD vs. Hard Disks »