Google has made the new Gmail interface the standard experience for all users. The Silicon Valley mogul revealed the redesigned UI at the start of 2022, before rolling it out to users in June. 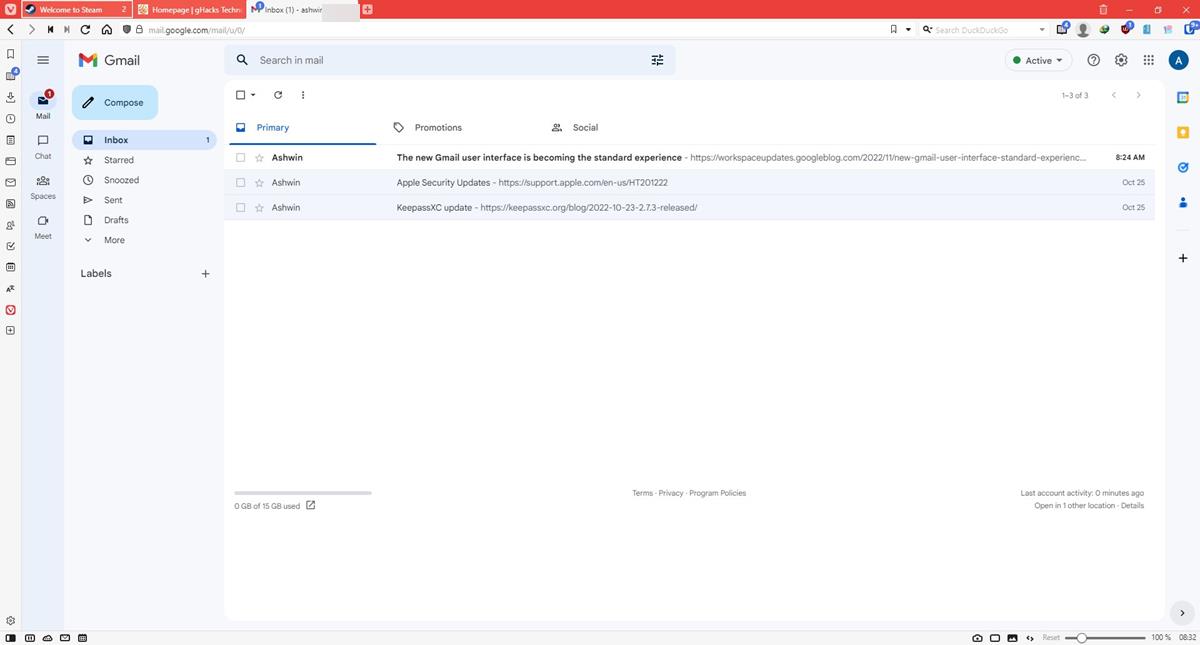 I have been using the new interface ever since, it's quite alright once you disable the sidebars, which I will explain in a bit. But before that, let's take a look at what the new design looks like.

Gmail has two sidebars on the left, one for switching between the 4 Google apps: Mail, Chat, Spaces and Meet. Click on an app to switch to it. The other side panel displays a menu when you mouse over an app, e.g. When you hover over the Gmail app, the sidebar lists the shortcuts to open the mail composer, Inbox, Sent, Drafts, etc. 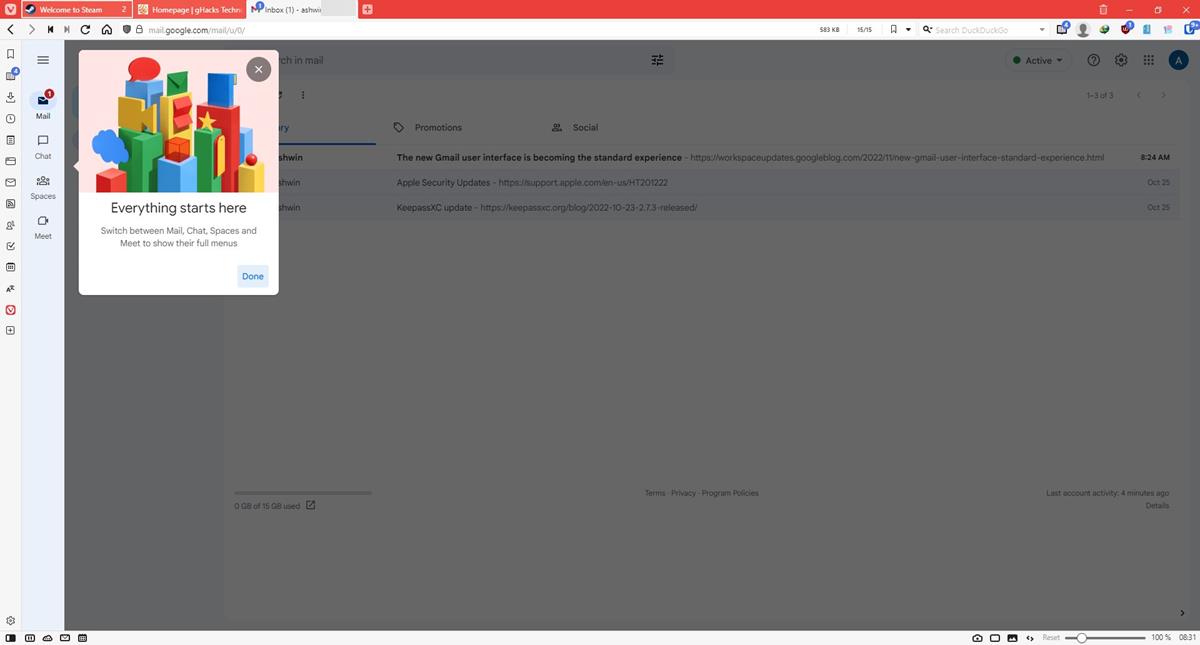 Google says that the sidebar, or the integrated view, as it calls it, will only be displayed for users who have Chat enabled. Speaking of which, Google pulled the plug on Hangouts last week, bringing an end to the popular instant messaging platform. Users are now being redirected to Google Chat, which more or less offers the same experience.

Back to Gmail's new design, you may pin the secondary sidebar by clicking on the hamburger menu button in the top left corner, or unpin it in the same way.  The real issue here is that not everyone uses Google Chat and Meet, so these options may not only be useless for some people, but also takes up a lot of space on the screen. 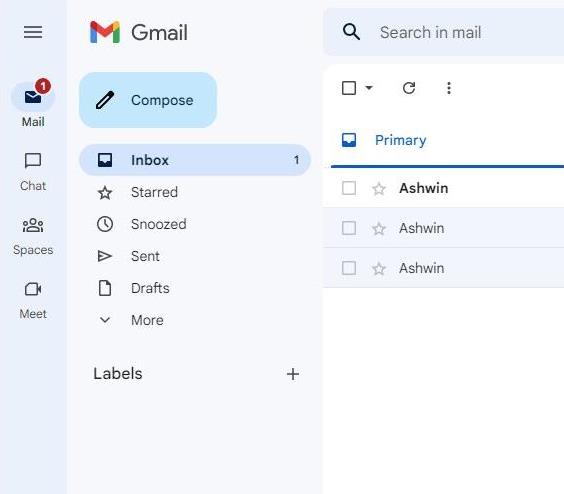 When Google rolled out the new Gmail interface in June, it didn't actually offer a way to disable the apps, despite stating that the options are customizable. Maybe the options weren't available because the changes were still being testing back then. Google eventually added the options to turn the apps off. Here's how you can do that.

1. Click on the Settings icon (gear cog) in the top right corner of Gmail's interface. 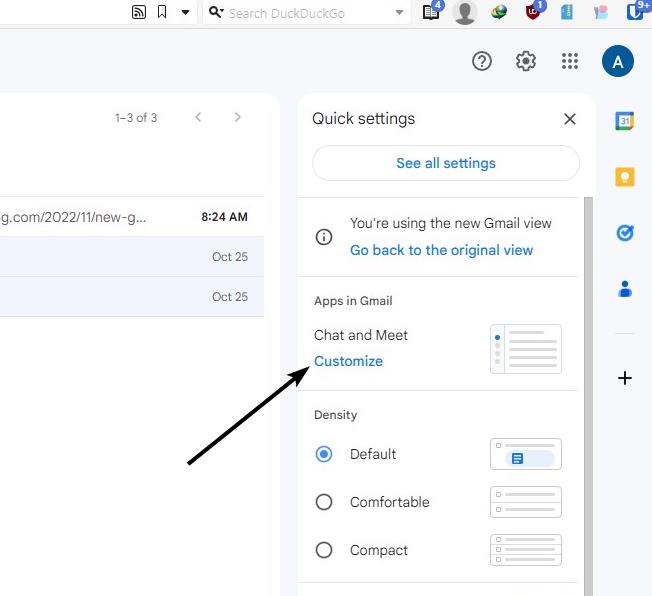 2. Select the Customize button under the "Apps in Gmail" section.

3. A small panel pop-ups up, it lets you choose which apps to use.

4. Uncheck the options for Google Chat and/or Google Meet as required. The card shows you a preview of the sidebar's layout. 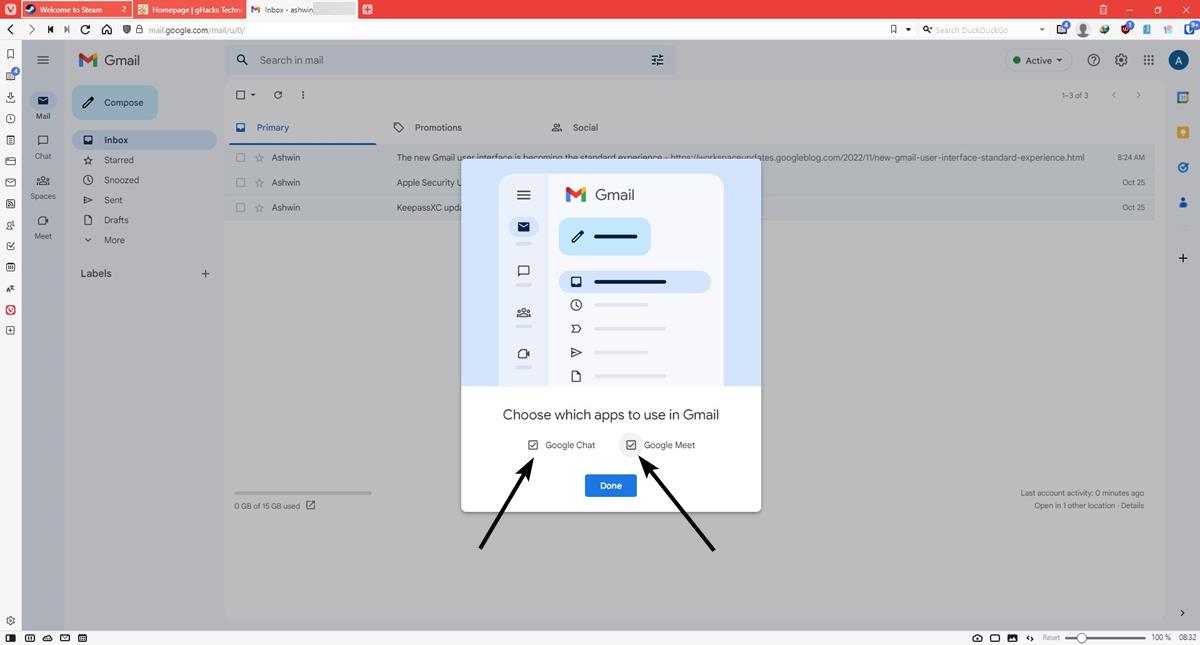 5. Click the Done button, and then the reload button to refresh the page.

Google Chat and Meet should no longer appear in Gmail. That's not too bad, it almost looks similar to the old interface.

Tip: You can do the same on your mobile phone. Go to the Gmail app's Menu > Settings > Account Settings page. Tap the checkbox next to "Show the Chat and Spaces Tabs" to remove the shortcuts from the bottom of the app.

Google's announcement confirms that Gmail users will not have an option to revert to the old design, which is called the original view. 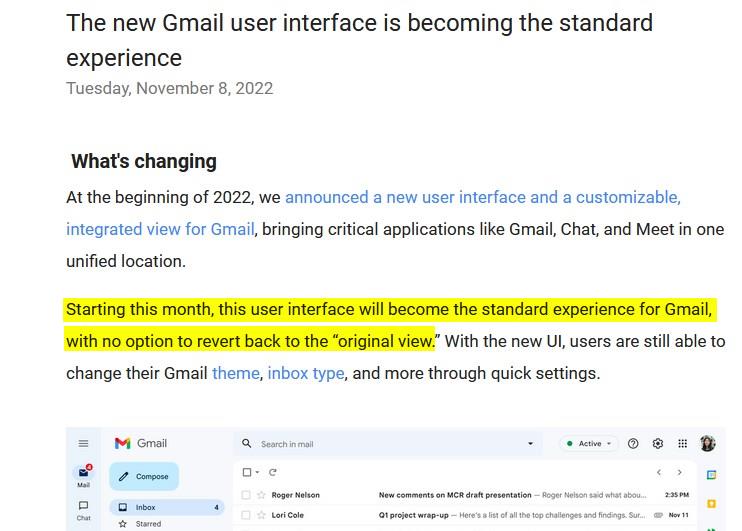 But don't be surprised if you can switch to the legacy UI. That's because the new design is still rolling out to users, the option to switch back to the old interface will disappear when the new design becomes the standard experience for all users. 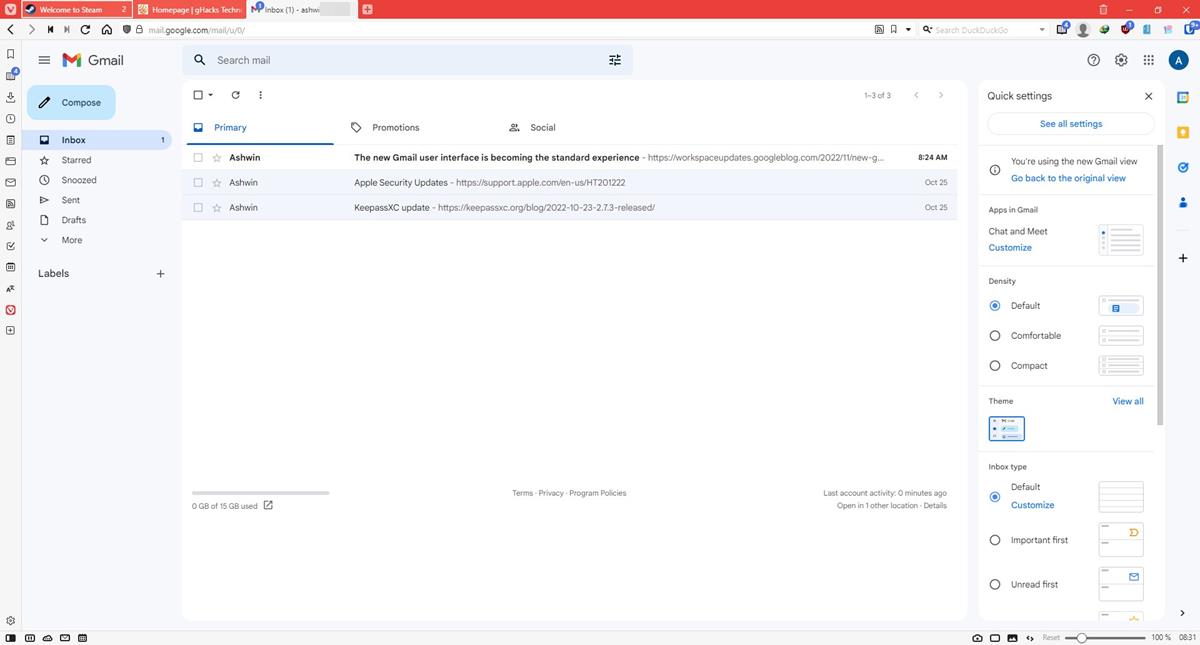 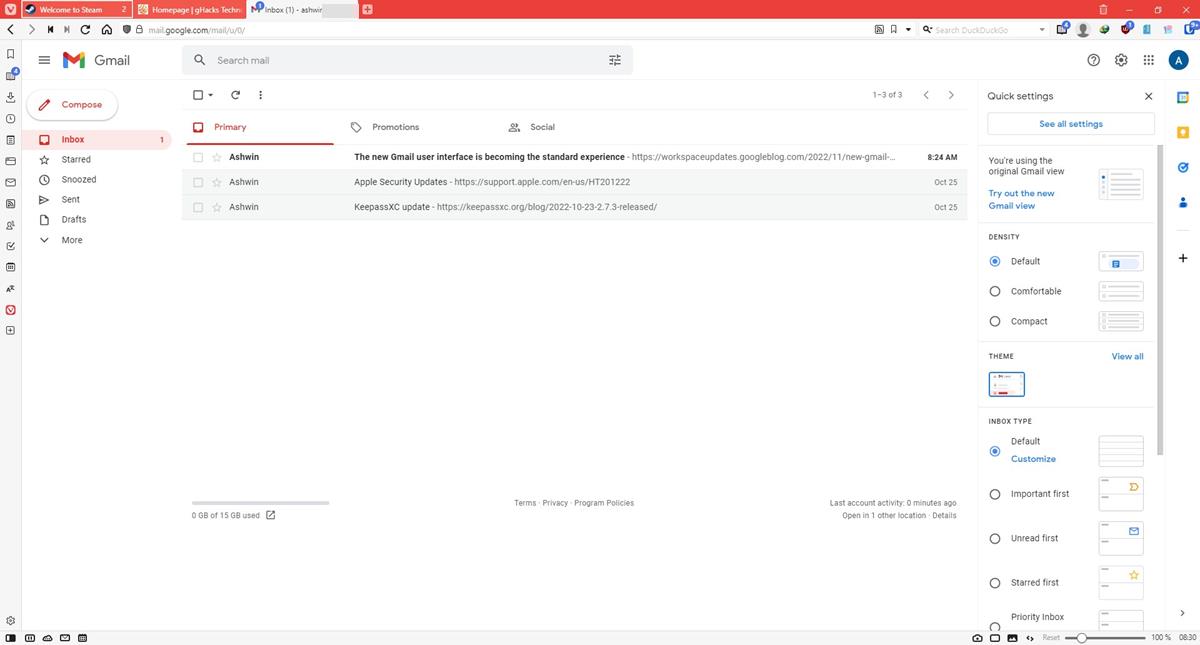 Have you tried the new Gmail interface?

Previous Post: « Google begins rolling out the new Gmail design to users as the default option
Next Post: « Gmail gets improved search results based on recent activity, and contextual suggestions