Microsoft says it is investigating Edge Collections Sync issues; to be fixed in version 104

Are you facing issues with Microsoft Edge Collections being stuck on Sync? It is not an isolated problem, other users at the Edge community on reddit, have reported a similar problem.

This isn't a particularly new issue, you can trace it back to several versions, even a couple of years. However, the most recent complaints surfaced about a month ago, when Edge 102 was released. Some users said that the status in the menu said "Not syncing", others wrote that they could not enable Sync, while a couple of users mentioned that logging out of their account and signing in did not resolve the problem.

A Microsoft representative has confirmed that the Redmond company is investigating the issues, and that the developers are working on a fix for it.
The statement reveals that Microsoft Edge for Android has a bug that makes the Collection Sync button unusable, i.e., it cannot be enabled or disabled even when the feature's flag is on. This bug is expected to be patched in the next update for the app

The issue also affects Microsoft Edge Prism Collections on Desktop and Mobile, this is the new feature (inspiration feed), that will add content inspired by your collections and the web. A fix for this issue will be issued when Edge 104 is released. For reference, the update is scheduled to be rolled out in the week of August 4.

In order to test the problem, I created some new Collections, added some tabs to my existing Collections, removed a few tabs, and renamed one of the old groups. Edge synchronized the data between my computers and my phone. So, it seemed to be working fine for me. But, then I noticed that not all the edits were syncing between my Mac and my PC accurately. I tried the same test with my Android phone, and noticed a similar problem.

When I clicked on the menu button, it said Sync is on, but the browser didn't reflect the changes even after I restarted the browser a few times. As a workaround, I had to disable sync, and re-enable it, followed by more restarts of the app. But this isn't a proper fix either, as the tabs that I added to a collection appeared as an unnamed new collection, this only happened with the Android and macOS versions of Edge, the Windows version seems to be unaffected. While it is not broken completely, the behavior seems to be inconsistent. Well, at least I didn't lose those tabs.

This example clearly illustrates that there are some issues with Microsoft Edge Collections Sync, and these may be some of the bugs that Microsoft is trying to fix. If you have Sync issues in Microsoft Edge, you may reset it from the following page: Settings > Profiles > Sync > Reset Sync. You can verify if your data is being synchronized by accessing the Sync Intervals page.

Microsoft Edge's Collections is a really useful feature, I prefer it to Pocket in Firefox. It would be great if Mozilla replaced it with the Firefox Collections that is available in the mobile app. Since we don't have selective tab sync, I use the send tabs to devices feature, to read articles on my other devices. It'd be even better if Firefox gets Tab Groups, and an option to sync across devices. 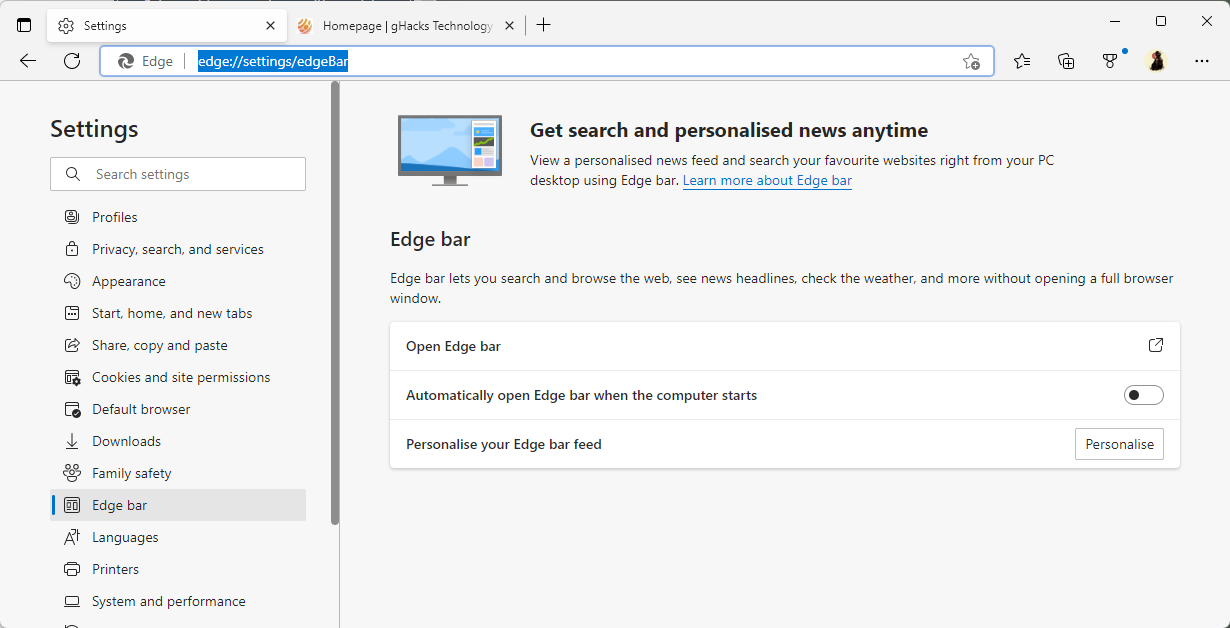 How to remove the Edge Bar search field on Windows desktops 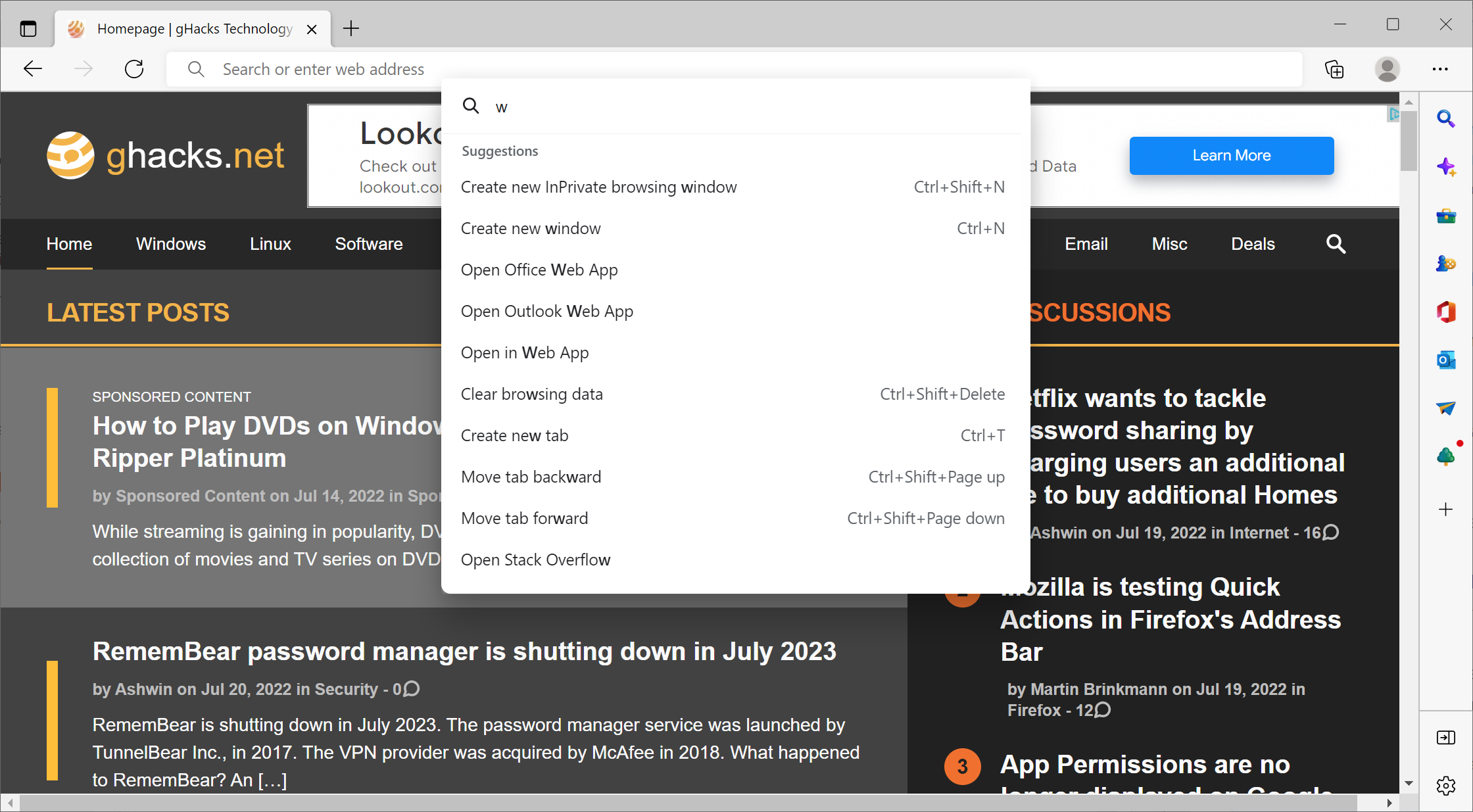 Microsoft is testing a Command Bar in the Edge web browser 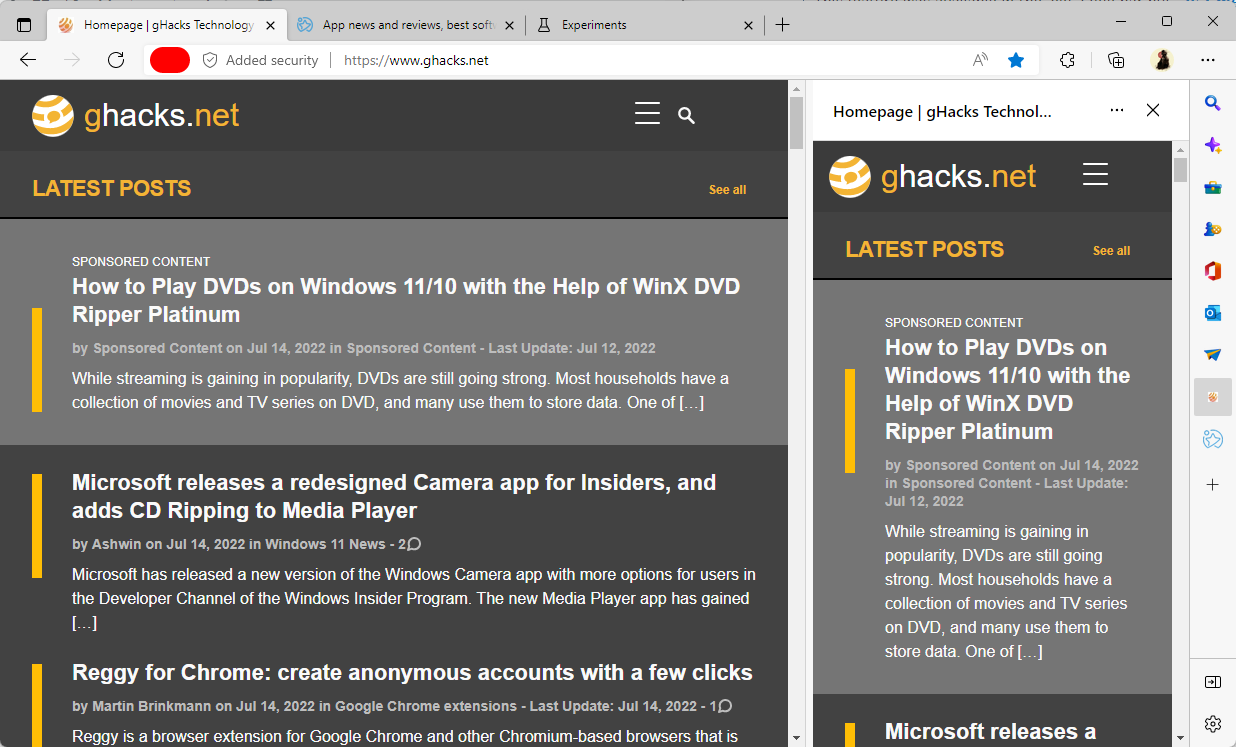 Microsoft Edge: add and display sites in the sidebar

Previous Post: « How to remove the Edge Bar search field on Windows desktops
Next Post: « Microsoft Edge gains support for Disk Caching to save storage space