How to use Proton with Steam in GNU/Linux for AAA Gaming - gHacks Tech News
ghacks.net

I’ve been a gamer since the days of DOS. I remember playing Commander Keen, Police Quest, Duke Nukem 3D and the original DOOM – The last of which I still remember the cheat codes to this very day. Gaming has always been something that is a part of many peoples lives, and Linux users have for many long years felt as if they were left behind, under valued, or ignored in the gaming world...Well, that’s not something that needs to be felt or worried about; and hasn’t been for a couple years...But not everyone knows that (yet). Proton, a fork of Wine, is a major game-changer.

Back in 2018, Valve Corporation (also known simply as Valve) released a fork of the popular Wine compatibility layer, that changed the gaming world on Linux. Wine had already made giant leaps and bounds with the 5.0 release in January 2020, but still many AAA gaming titles and popular Windows-compatible applications were incompatible with GNU/Linux systems. Valve, who had been working with CodeWeavers since 2016 on Wine improvements, first released Proton 1.0 on August 21, 2018.

What separates Proton from others like it (upstream Wine, crossover, and others) are major improvements and implementations of several libraries such as Direct3D to Vulkan transition layers like DxVK and VK3D (for DirectX 9-11, and 12 respectively). The changes improve compatibility by a lot and the result is that Linux gamers may play a very large selection of games on Steam now even if an official Linux version is not available.

Compatibility improves with every Proton release, and it is very easy to get games running using the built-in steam feature if you run Linux.

How to use Proton through Steam

To use Proton to launch games through the GNU/Linux Steam application: 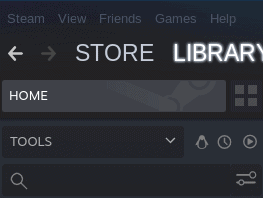 3. Scroll down as required through the list of your available tools software to download until you find the entries for Proton, select it and click the Install button for the desired version.

4. In the upper-left corner, click Steam followed by Settings and then select Steam Play from the menu items on the left.

5. Using the checkbox, enable the option that says Enable Steam Play for all other titles, and select the desired Proton version using the drop-down menu.

From this point forward, games that previously were listed in your Steam client but did not have an Install button, will, and will use Proton to launch. There is no guarantee that they will work, but the website ProtonDB hosts an extensive database of user-submitted reports on the compatibility of various games and applications that you can use to check beforehand.

At this point, I have yet to encounter a single thing I wanted to work, that didn’t...From AAA titles, to small applications, from within my steam library; however your mileage may vary.

Article Name
How to use Proton with Steam in GNU/Linux for AAA Gaming
Description
Find out how to use Steam's Proton feature to run Windows Steam games on Linux machines for which no official Linux version is provided.
Author
Mike Turcotte McCusker
Publisher
Ghacks Technology News
Logo