Windows 10 1903: the case of the missing update deferral options

Windows 10 machines that have received the Windows 10 version 1903 feature update, the May 2019 Update, may lack update deferral options in the Settings application.

Windows 10 administrators may defer feature updates to block their installation on devices that they manage. Microsoft changed the existing update behavior significantly with the release of Windows 10 version 1903; feature updates are not installed automatically anymore when they become available.

Feature updates are separated from regular monthly updates. The latter get installed just like they did before but feature updates are highlighted to users but not installed. The updates will be installed eventually if the admin does not take action but only when the currently installed version is about to reach end of support.

Bad news is that the situation is not clear entirely. When I open Settings > Update & Security > Advanced Options on a Windows 10 version 1903 test system, I don't see feature update or quality update deferral options listed. 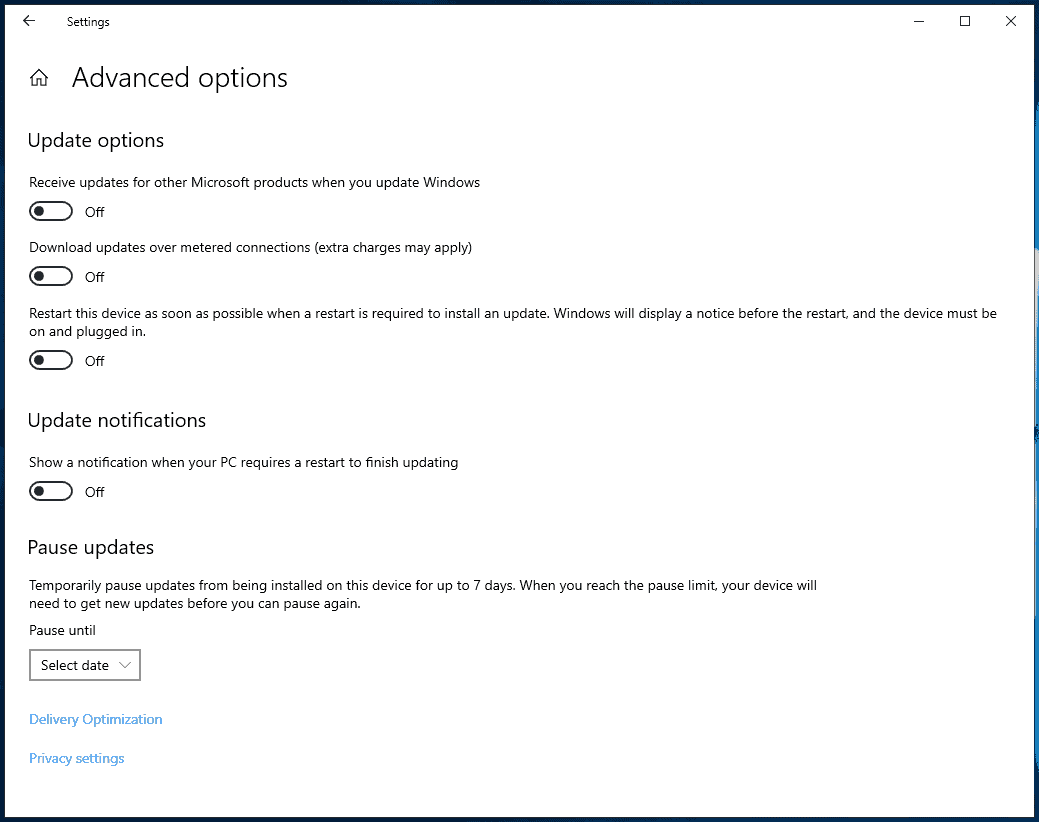 The only available option is to pause the update for up to 7 days on that page.  Administrators could use the options previously to defer feature updates by up to 365 days.

Some users report that they still have these options in the Settings application, see Günter Born's analysis of the issue. Born comes to the same conclusion: some systems display the deferral options in Settings, others don't. He was not able to figure out why that is the case and concluded that it is likely a bug that Microsoft has not addressed yet.

Could other factors play a role? Maybe. Certain Enterprise-features could impact the visibility of the feature but nothing has been confirmed and tests are not conclusive.

Deferral options are still available in the Group Policy. Tap on the Windows-key, type gpedit.msc, and hit the Enter-key to launch the Group Policy Editor (professional versions only).

It is still possible to use deferral options on Pro, Enterprise, and Education versions of Windows 10 version 1903. Admins who don't find them in the Settings application may still configure these in the Group Policy.

Now You: Bug or feature, what is your take?

Previous Post: « Microsoft: Windows 10 Your Phone app is too important to be uninstalled
Next Post: Look up hard disk information with PowerShell »