Deja Vu, anyone? Remember when Microsoft had to include a browser ballot screen in the company's Windows operating system for users from the European Union?

The option is rolling out over the coming weeks, but the company has just published screenshots and information on the process. 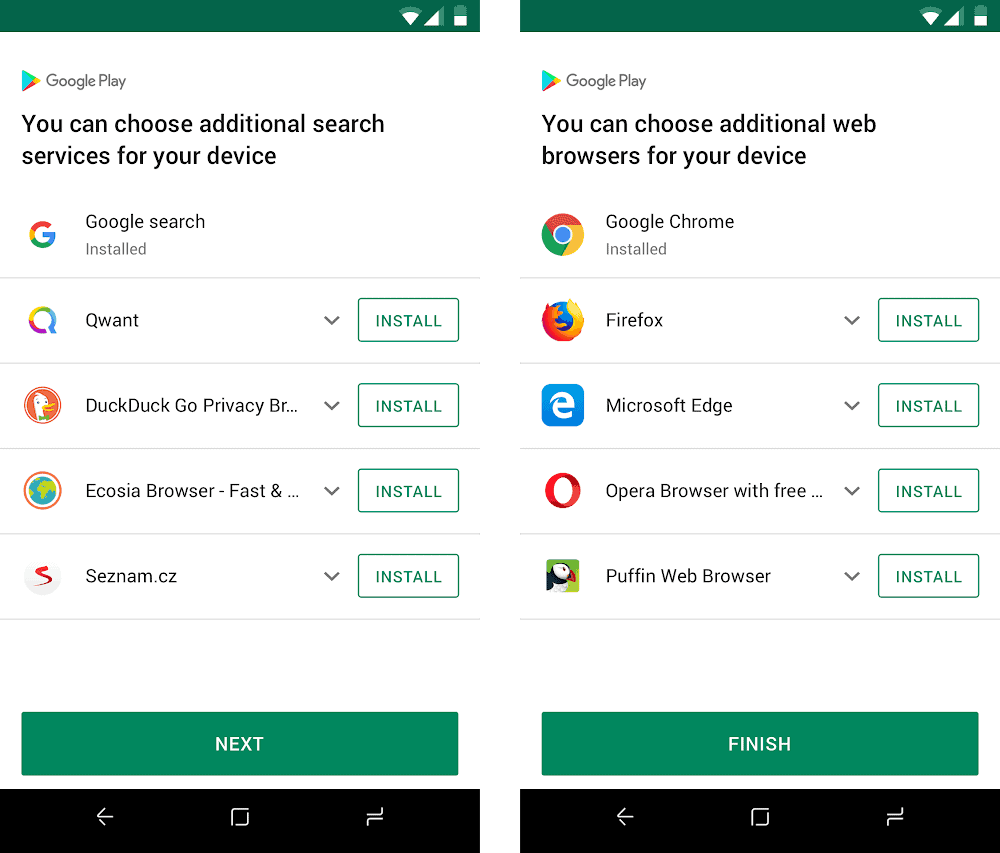 The changes will be implemented in two different locations on existing and new Android devices. Google plans to display the screens that you see above to Android users when they open Google Play after the change has landed on the device.

Users get the change to install additional search providers and browsers on the Android device. The screens include installed applications as well as apps that are not installed; the latter are picked based on regional popularity and displayed in random order according to Google.

The screenshots above show search apps from DuckDuckGo, Qwant, Seznam.cz and Ecosia, and the browsers Firefox, Opera, Microsoft Edge, and Puffin.

Android users may install one or multiple of the offered apps with a tap on the install button. Google Play displays "an additional screen with instructions on how to set up the new app" according to Google.

If a search app is downloaded, Google Chrome will display a notification on next start that informs the user that the search engine can be changed. A link to the Settings is provided where that can be done. 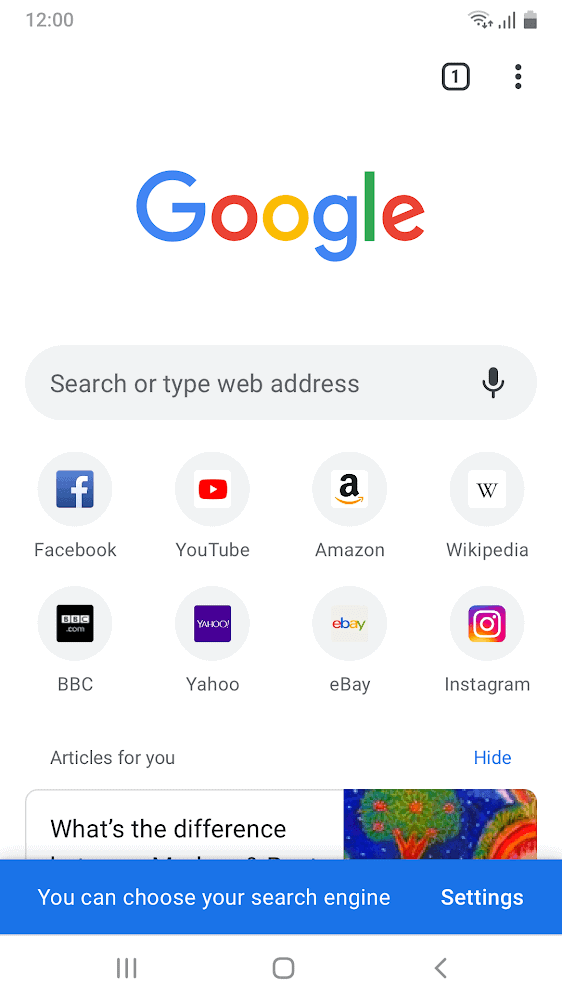 Google implements these changes as a response to feedback provided by the European Union. The company was hit with a massive 4.34 billion Euro fine last year for unfair advantages over competition on Android. Most Android devices come with Google Chrome and Google Search preinstalled.

The change will certainly push other search engines and browsers on Android devices in the European Union. It is unclear by how much, but if Opera's experience back in 2010 is anything to go by, it could very well triple downloads easily.

Android users who don't open Google Play won't get these screens at all. The implementation is different from Microsoft's implementation almost ten years ago as it is linked to the Play Store and not displayed on first run.

Now You: What is your take on the decision and implementation?