CSS Exfil Protection is a browser extension for Mozilla Firefox and Google Chrome that protects data against CSS Exfil attacks.

Internet users who have a good understanding of online security know that JavaScript is a great technology but also something that can be used in attacks. There are plenty of solutions available to deal with JavaScript-based attacks including using content blockers like uBlock Origin, extensions like NoScript that block JavaScript executions, or disabling JavaScript outright (the latter is not very practical).

An attack, named CSS Exfil (from exfiltrate), uses CSS to steal data. Mike Gualtieri, the researcher who discovered the vulnerability, published several proof of concept attacks designed to steal usernames, passwords, and other data on web pages it is used on. 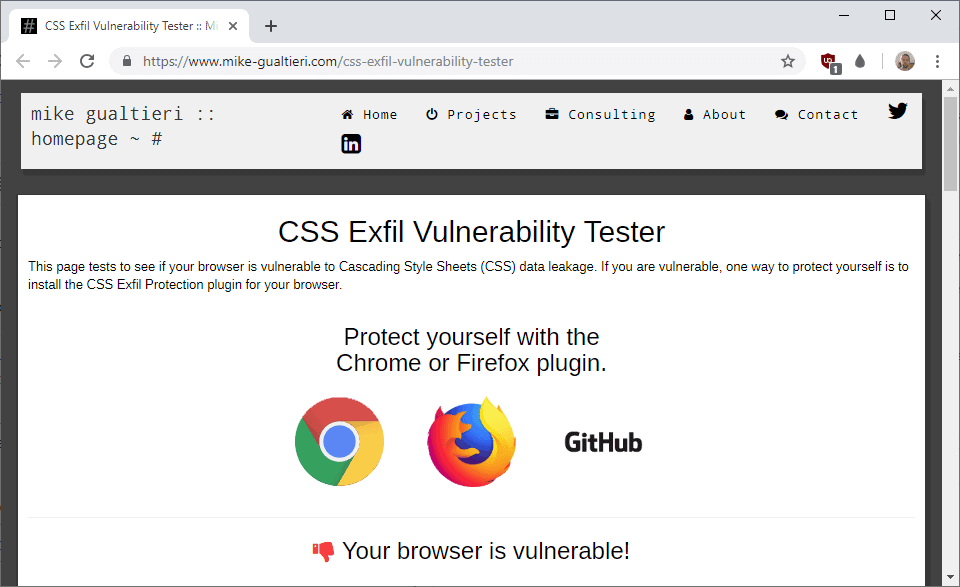 What makes the attack particularly problematic is that it does not rely on JavaScript and that browsers don't offer any form of protection against it.

CSS Exfil Protection is a browser extension that adds protections against CSS Exfil attacks to web browsers. Designed for Firefox and Chrome, the extension should work in Firefox-based or Chrome-based web browsers such as Opera or Vivaldi as well.

The extension "sanitizes and blocks any CSS rules which may be designed to steal data". Note that you may run into issues on sites that use these rules for legitimate purposes. The developer plans to introduce support for a whitelist in future versions to address the issue. An option to toggle it on or off globally is provided already.

Just install the extension in a supported web browser to protect your data against attacks exploiting the issue. You may want to visit the vulnerability tester page again to see if you are indeed protected. 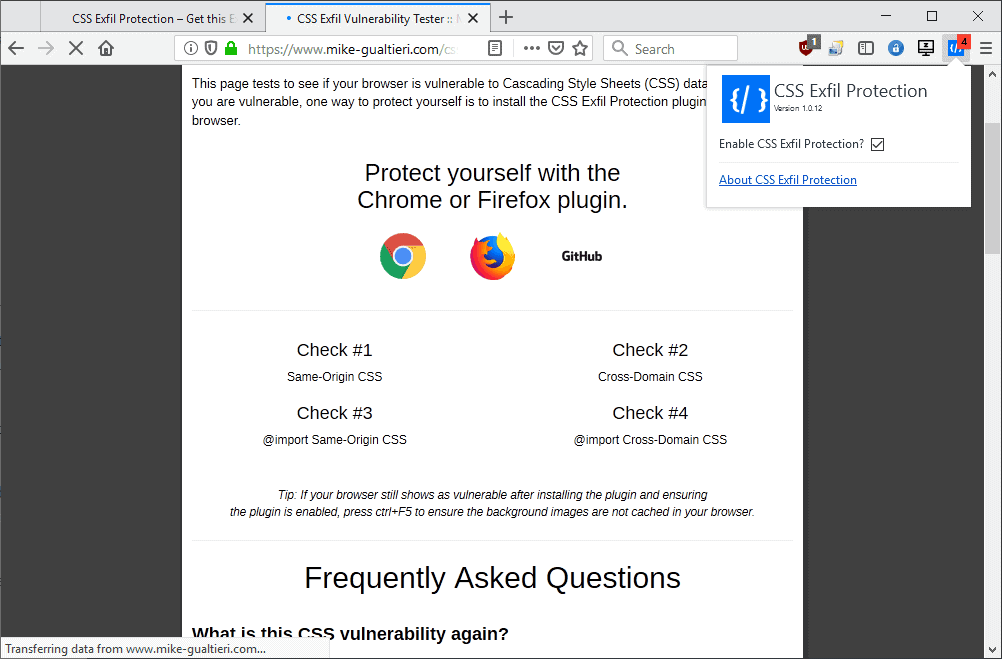 CSS Exfil Protection adds an icon to the browser's main toolbar. The icon shows the number of blocked CSS rules to indicate that content was blocked on the page; this does not necessarily mean that the page was used in an attack as the CSS rules may be used for legitimate purposes as well.

CSS Exfil Protection is open source. You can browse the code on the project's GitHub page.

The CSS Exfil Vulnerability highlights once again that there is always a chance that new technology that is supported by browsers can be abused.