Games that Microsoft shipped with Windows 7 are fundamentally different from those that it included in Windows 8 or 10.

Windows 7 games were the last that were shipped as programs for example, and there were significant differences in the selection of games when compared to Windows 8 or 10.

All Windows games are Modern Apps or Universal Apps in newer versions of Windows, and while that may appeal to some, others may prefer the older games over their newer counterparts.

There are quite a few reasons for that. Most Windows Store games feel bloated when compared to the games that shipped with Windows 7. The older games usually start up faster and the interface they use is a lot simpler as well. Plus, most don't require Internet connections at all. 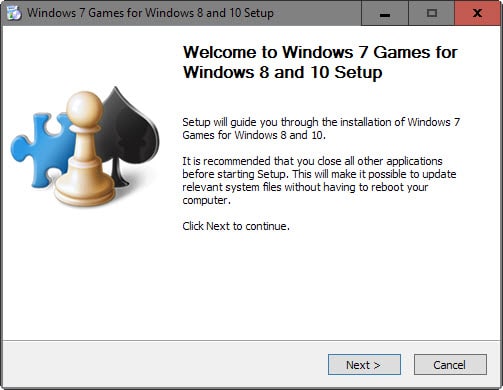 If your favorite Windows 7 game is not available on Windows 10, or if you prefer classic Solitaire over Microsoft's Solitaire Collection, then you may be interested in installing those classic Windows 7 games on Windows 10 (or Windows 8 if you still run this version of the operating system). 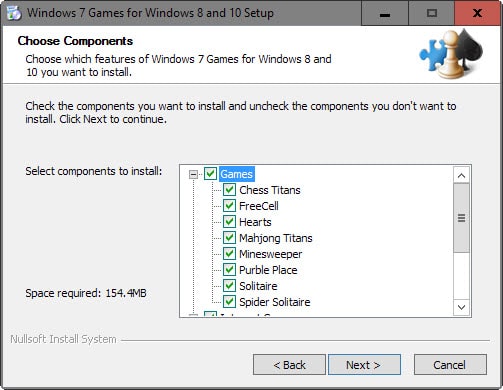 The package is multi-lingual, and the games have been prepared specifically to run on newer versions of Windows.

Windows 7 games and their Windows 10 version

As you can see, quite a few games are missing, and the ones that are available, have all been modernized. That's not necessarily a bad thing, but if don't like those new games, or prefer games without ads, then you may want to play those old games instead.

Now You: Do you prefer Windows 7 or Windows 10 games?

Martin Brinkmann is a journalist from Germany who founded Ghacks Technology News Back in 2005. He is passionate about all things tech and knows the Internet and computers like the back of his hand. You can follow Martin on Facebook or Twitter
View all posts by Martin Brinkmann →
Previous Post: « You can delete games from your Steam library now (but should not)
Next Post: Steam Winter Sale 2015 is on »