The Download Squad, up until its shut down in April 2011, was one of the go-to blogs for tech enthusiasts. It concentrated on software reviews and news but also other things that the majority of popular tech sites out there don't cover anymore or only occasionally.

Up until its shut down it was one of the few sites that I visited regularly for "real" tech news and it was almost certain that I discovered something new or interesting.

The site lived on for a while as part of Switched, another of AOL's properties but that turned out to be only a temporary solution as Switched too was shut down eventually.

The Download Squad content itself remained online however which meant that most links that pointed to Download Squad articles worked fine even though they were displayed on other properties.

If you try to load an old link right now you will notice that this is no longer the case. Many of the former links seem to have been redirected to the Engadget frontpage instead, which is owned by AOL as well.

It is interesting to note that this is not the destination for all links though. While deep links seem to link to Engadget, the main domain link links to The Huffington Post website instead (you guessed it, also owned by AOL).

This means that all articles that were published by the Download Squad are no longer available on the Internet.

You may still get some back on Archive.org or other archival sites but there is no guarantee that these sites have backed up all articles. 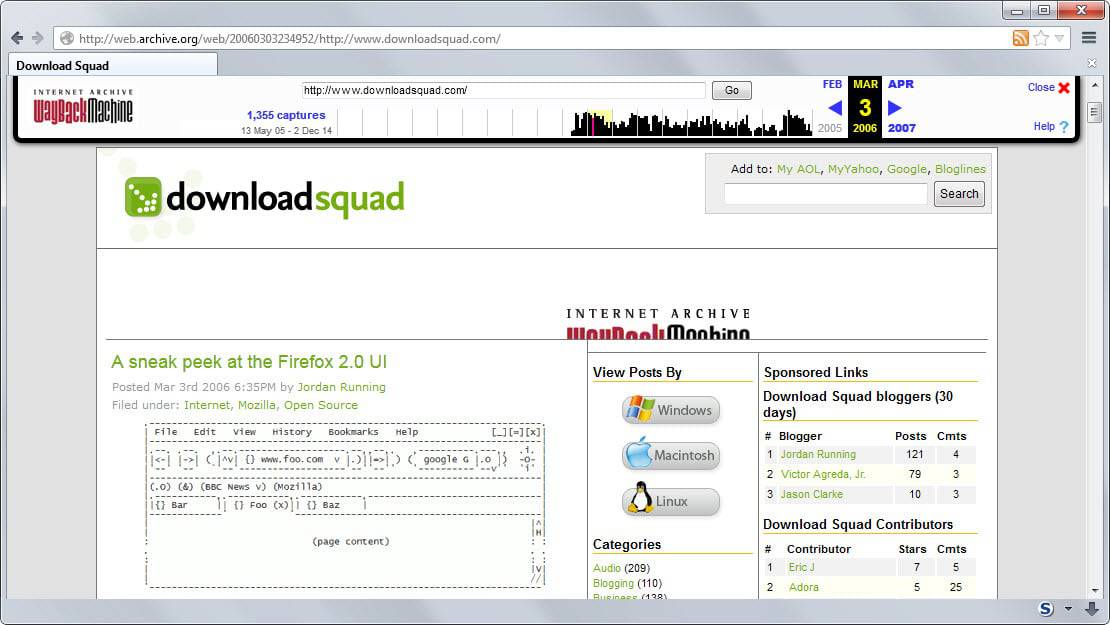 A quick check on the Wayback Machine of Archive.org revealed that many of the articles are still accessible on it. Webmasters who have referenced the Download Squad in the past may want to replace the old links with Archive.org links instead as they provide value to readers while the plain redirect to Engadget does not at all.

As a tech enthusiast, it is sad to realize that all the great content that was published on the site by its many authors is gone for good. While some is certainly out of date, others are still great and useful.

Previous Post: « Infinit: send and receive files of any size
Next Post: How to join the Skype Translator Preview right now »