The rumor mill on the Internet has been buzzing lately again. Sites like The Verge or ZDNet report that Microsoft is considering giving away a special version of Windows 8 for free or at a low cost to increase the operating system's user base.

According to those reports, the version would come with Bing integrated more tightly into the operating system, likely to make some of that money back from search.

As it stands now, the upgrade will only be made available to Windows 7 users, and not to Vista or XP users.

While I can appreciate Microsoft experimenting with new strategies to get the operating system out there, the idea of giving it away for free or at low cost to Windows 7 users is inherently flawed. Here is why.

First of all, Windows 7 is a great operating system, and users without touch-screen have little incentive to switch to Windows 8. While Microsoft has started to modify Windows 8 to make it attractive to desktop users, the company has not really delivered yet to entice users to make the switch to Windows 8.

It would make a whole lot of sense to offer that deal to Windows XP users on the other hand. While a part may not be able to run Windows 8 on their machines, those who can might take up Microsoft on that offer considering that their operating system is at the end of its life cycle. 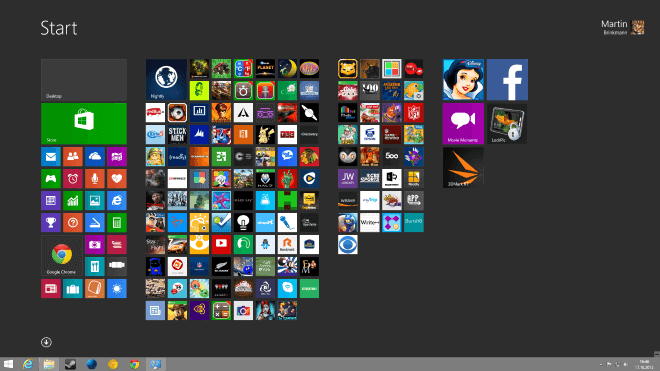 Microsoft's problem here is that the company made such an offer nearly impossible by not allowing XP users to upgrade to Windows 8.1 directly. While it is possible to install Windows 8.1 on XP or Vista machines, it is like a clean installation on those systems which means that nothing is migrated over unless users make custom backups prior to installing the new operating system.

And if users manage to get a copy of Windows 8 for the upgrade instead -- unlikely as Microsoft will most likely make available 8.1 or even a newer version -- then XP users can keep their personal files, while Vista users also their Windows settings on top of that.

If Microsoft could create a custom upgrade version of Windows 8.1 that would allow users of Windows XP to keep their files at the very least, and maybe even some Windows settings such as their personal desktop background, it would certainly entice some XP users to make the switch.

If the offer is only available for Windows 7 customers, XP users could buy a Windows 7 license and upgrade afterwards to Windows 8.x for free or low cost. Then again, most would probably stick with Windows 7 and not upgrade to Windows 8 unless they have a touch screen that they want better supported.

We do not know enough about this to understand how Microsoft plans to make money out of it. While a boost in user numbers may improve the overall perception of the operating system, it does not really help if Microsoft won't earn revenue from that.