It is somewhat understandable from a business perspective that Google is pushing its social networking service Google+. The company recently switched to enforcing Google+ on YouTube, so that users of the video streaming service need to be a member of Google+ when they want to comment on the site. Earlier this year, the company introduced the same on the Play store.

Update: Recent versions of Feedly support additional authentication options: users may sign in using their own email address or authenticate using services such as Google, Facebook, Microsoft, or Twitter.

Google, in the meantime, shut down Google+ for consumers. End

The RSS feed reading service Feedly announced yesterday that it made the decision to switch the authentication service from Google OAuth to Google+ as well.

Currently only the web interface has been switched, but the company decided to switch the mobile clients for iOS and Android this month as well so that all Feedly services require a Google+ account for authentication. 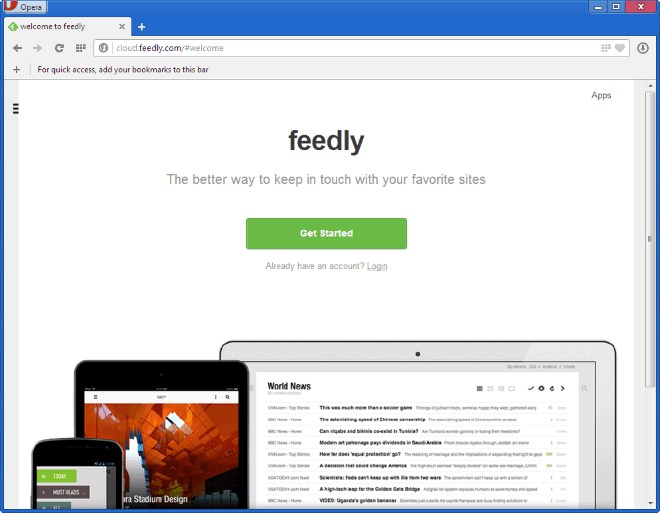 Feedly has never offered standalone authentication options before. It was previously linked to a Google account, and the main change now is that users are forced to create a Google+ profile as well to continue using the service.

What fueled at least some of the user outcry about the change was that it was announced after it went live on the web interface part of the service.

All is not lost though, as Feedly announced that it would enable alternative login options in the coming weeks. What those are? Facebook, Twitter and WordPress are explicitly mentioned by the company, and while that will please some users, the lack of a standalone authentication option is something that at least some users seem to want.

It may however take up to seven weeks before the other authentication options are implemented leaving Feedly users who do not want to create a Google+ profile with no other option than to not use the service for the time being.

If you are a Feedly user you can make your voice heard -- probably -- by voting for this on the uservoice website. It suggests to create a standalone authentication option for Feedly so that users can sign in to the service without having to use third party services, or in particular Google.

Update: Feedly announced that it will roll back the change.

Martin Brinkmann is a journalist from Germany who founded Ghacks Technology News Back in 2005. He is passionate about all things tech and knows the Internet and computers like the back of his hand. You can follow Martin on Facebook or Twitter
View all posts by Martin Brinkmann →
Previous Post: « Mega leaves beta and allows glimpse at the future
Next Post: A first look at Yandex.DNS »