YouTube Experiment gets rid of all advertisement on site - gHacks Tech News
ghacks.net

YouTube Experiment gets rid of all advertisement on site

Google's revenue depends largely on advertisement that is displayed on its properties, third party websites and in tools. As far as ads on YouTube go, most users see a roadblock ad on the homepage, in-stream videos ads and also ads near the content when videos are played or pages browsed on the site.

There are ways around this. Adblock Plus takes care of advertisement on YouTube for instance, and there are probably other ways as well that remove most ads that you would be exposed to otherwise.

What may come as a surprise to many though is that Google is currently running an experiment on YouTube that removes all the ads officially.  Experiments are A-B tests that Google likes to run to test various features or settings in its products. Google Chrome uses the Field Trials feature for instance to launch new or modified features on some user systems.

Back to YouTube. The experiment removes all advertisement on YouTube. It is not clear why Google is running the experiment, but the most likely explanation is to see how visitors use the site when there are no ads displayed on it.

Take a look at the following two screenshots to see how this looks like. First, YouTube with ads, and then YouTube when you are running the experiment. 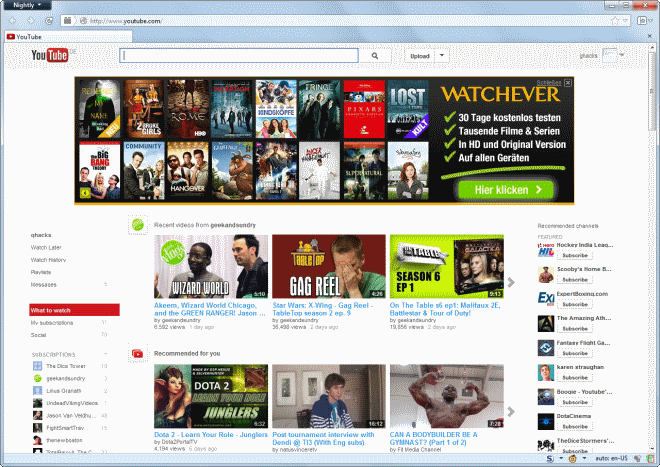 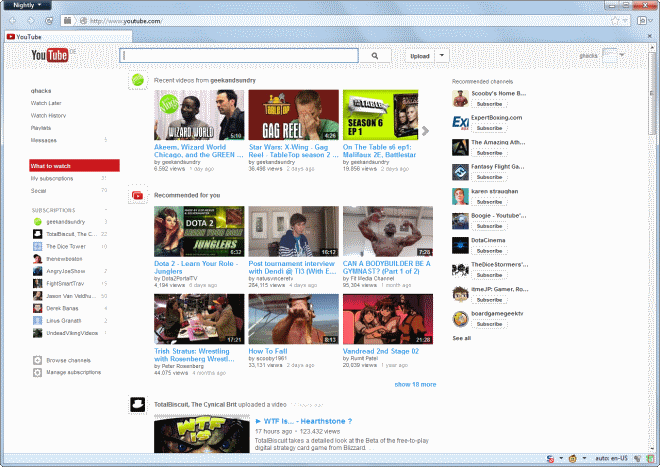 As you can see, the large roadblock advertisement is not there anymore. The same is true for in-video ads or ads displayed in the content.

Experiments are enabled via cookies that are set on a user's system. This means that it is possible to enable an experiment even if you have not been selected by Google to take part in it.

Here is what you need to do to activate this particular one:

Paste the following code into the console and hit the enter-key afterwards:

This sets the cookie on the system. You can now close the console and browse YouTube to test if everything worked out alright.

Experiments do not last forever and it is very likely that Google will disable this particular cookie eventually.  An alternative to that is Adblock Plus, a browser extension for most web browsers that removes advertisement on YouTube as well. (via Google System)