It is important to analyze the permissions that applications request that you want to install on your Android smartphone to avoid installing apps that may request more permissions than they actually need to function.

A calculator that requires permission to send SMS for instance might use the permission for shady activity, or a video player that wants permission to make calls. While that does not mean that those applications are malicious in nature, it can very well mean that they are, or that they have been designed primarily to display advertisement on the phone, even if the application itself is not open.

It is often difficult to spot those apps right away, and even more troublesome to find the application responsible for displaying ad notifications on your phone if you have dozens or more apps installed already.

Update: The Ad Network Detector application is no longer available. Some functionality of it went into Lookout Security & Antivirus, a free limited application with paid upgrades. If you are looking for an alternative that focuses on advertisement, I suggest you check out AppBrain Ad Detector instead. That's where Lookout's Ad Network Detector application for Android comes into play. The free program scans all installed applications on the phone, including native apps, to display those applications that trigger ad related functionality on the phone or device.

In particular, it scans for the following functionality:

You can click on a category to display advertising networks that are used by apps on your phone. Another tap on a network displays detailed information about the network and lists the applications that use the network for advertisement. Sometimes, a button is displayed that lets you opt out of personalized ads. While that does not mean you won't see any more ads from the network, it does mean that those ads are not generated with the help of personal identifiable information. 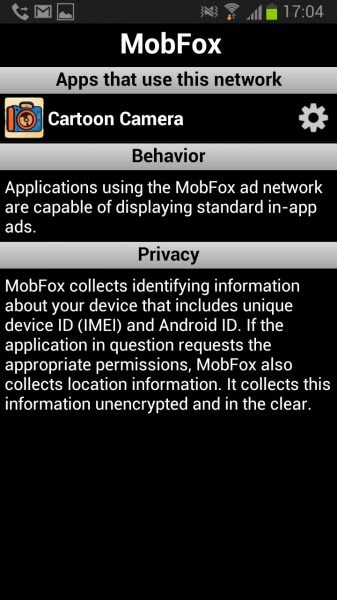 Lookout Ad Network Detector is a useful application for Android that can help you identify potentially troublesome applications on your device. It is especially helpful to determine apps that display ads in an annoying way or make modifications to the Android installation in another way that is undesirable.