As of today, there is a new Control Panel app for your Android phone and it is, perhaps, the most comprehensive one so far. Â There are features to allow easy control over almost every aspect of your phone or tablet, including ring, vibrate, volume controls for different things,Â BluetoothÂ and WiFi, and much more.

The app, called simply "Control Panel for Android", launched today and early ratings have been positive. It is free from the Google Play Store and will work on any device that runs Android version 2.2 or higher, which should cover pretty much every phone and tablet in use today.

I have given it a quick run through to get some early impressions, although, bear in mind, that this a version 1.0 app - well technically it was released at version 1.02. Â Here is what I found.

When you first launch Control Panel for Android you will land on a page that presents settings for sounds. Â You can choose Ringtone and Notifications sounds as well the Alarm, and Ring Mode settings. Â Finally it provides the option to set Volume levels for various features. Â There is a menu button at the top right and you can use that to switch to Network and Display options. 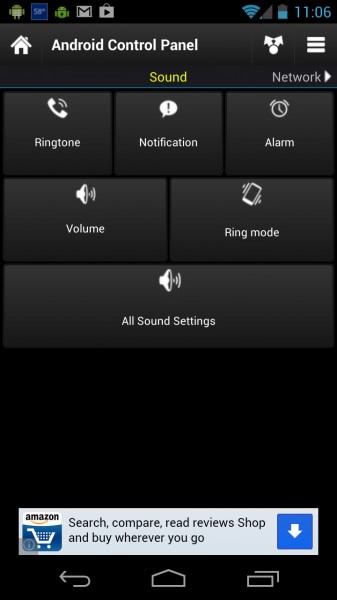 Network gives you more powerful controls over things such as WiFi options, your device's current IP and MAC addresses,bluetooth information, data options, GPS and location options and several other bits of useful information. 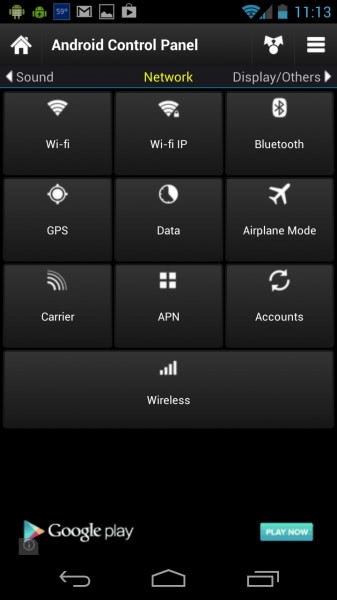 The Display/Others menu allows users to control screen brightness and timeout, date and time, input settings, applications, storage and more. Â Some of this can be accessed easily using Android's "Settings" feature, but this new Control Panel provides more information. 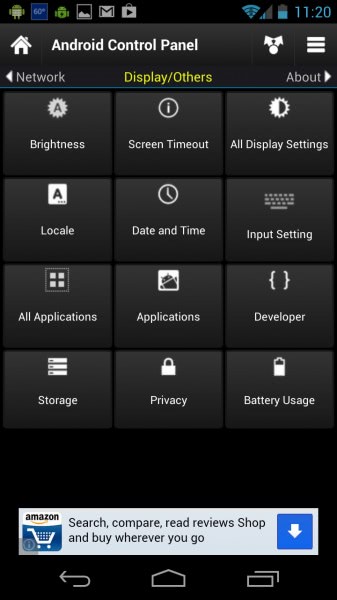 I have only been using the app for a few hours, but my early impressions are, so far, positive. Â As I stated previously, some of the Control Panel for AndroidÂ features do duplicate functionality already available in Settings, but it also adds more minute controls that aren't currently available in stock Android. Â For the price tag of free it is certainly worth trying out.