One of the main selling points of the popular file cleaning software CCleaner is its extensibility. Instead of just having to live with the cleaning options that the software developers have integrated into their program, users can add custom locations to CCleaner that they want cleaned whenever the program is run.

The basic idea behind CCEnhancer was to provide users with a collection of additional cleanup locations. This collection has grown to several hundred rule sets ever since the first version of the program was released by the developer.

The program installs the rules into CCleaner which become available immediately afterwards in the program interface. CCEnhancer technically adds new definitions to CCleaner's winapp2.ini file, which contains all of the program's cleanup information. 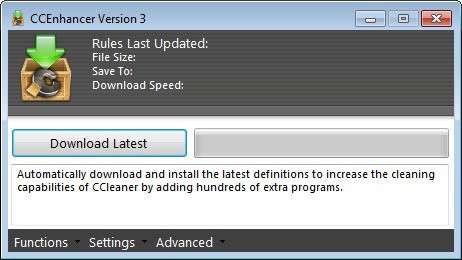 CCEnhancer installs the latest rule sets automatically if CCleaner has been installed on the target system. Users of the portable version may need to click on Settings > Portable Locations to add the portable paths in there for CCEnhancer to recognize them.

The new version of the application comes with debugging capabilities. This basically checks the winapp2.ini file for errors which can be handy if the installation did not complete successfully, or if you are experiencing issues with CCleaner after installing the new rule sets. 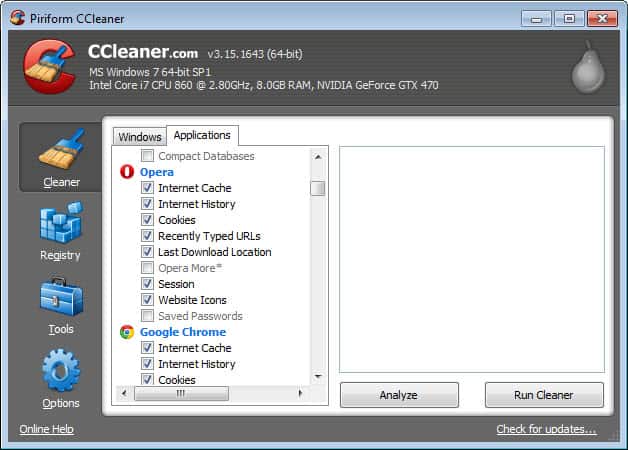 The developer of CCEnhancer has improved the program's detection mechanism and added capabilities to update multiple CCleaner versions simultaneously. That's useful for instance if one version of the program is installed on the computer, while a portable version is stored on a connected USB device.

BleachBit users can now benefit from the rule sets of CCEnhancer as well, as the author has added support for the junk cleaner to the latest version of the program.

Additional - minor - features have been added to the program. This includes a program interface that can be resized now, or an updated translation engine to better support additional interface languages.