We take for granted these days that Microsoft will always provide new versions of Windows and Windows Server, that Google will always provide world-leading search and that many other companies will just be there for us in perpetuity.  After all, look at the big names like Coca Cola, Ford and and more that have been with us for a hundred years or more.  Only when it comes to specific websites such as Facebook do we accept that their candle may burn out quickly.

But the technology market is different, and in the last three years we've seen it take on a whole new dimension where Windows is no longer the obvious operating system choice, and where comparisons are increasingly being made with IBM.  On tablets, a market that Microsoft invented back around 2003 they're going to have a real fight on their hands, and in computing generally it's no longer clear what devices and form factors we'll be using in even five or ten years time.  What is obvious however is that the traditional desktop PC is well and truly on its way out.  Lastly new operating systems such as iOS, Android and WebOS have blown away the notion that people will resist a learning curve on new devices.  So what would the world be like if Microsoft stopped making Windows desktop and server products? 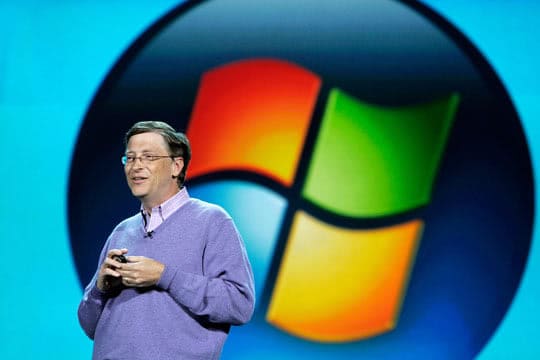 First of all it's not very likely, Microsoft would probably drop Windows products last of all with their expensive research and development centres and other products such as Xbox falling by the wayside first, so there's no need to worry in the short term.  Windows 8 is a big gamble though and if it fails then Microsoft will either have to backtrack with Windows 9, pull an immensely impressive rabbit out of their hat or face the consequences of poor decision-making.

There has already been talk that Google would like to bring Android to the desktop.  HP said the same of WebOS, which they are still developing or at least maintaining, and could put extra resources back into quickly.  Ubuntu Linux is now at least as friendly as Windows XP was, only the lack of big name software for the platform is holding it back now and Apple's OS X is becoming more like iOS with every release.  So it's already clear that there's plenty of choice.

We might also expect an open-source upstart operating system to appear too and it might even be a reinvigorated WebOS.  Companies such as the Mozilla Foundation might see an opportunity as their Firefox browser begins to fade in popularity, and this is just one of several places where a new operating system might emerge.

In the business space, some of the GNU/Linux companies including Red Hat, might jump in with versions that will run Windows programs on the desktop.  This isn't new and has already been done with operating systems such as Lindows (later renamed Linspire).  This product still exists today and could prove popular with businesses if Windows 8 and Windows 9 fail to deliver the working experience that they need.

Again it's very unlikely that Microsoft will cease development of Windows in the next twenty years at least.  If they'd have done it even five years ago there would have been almost no alternatives to choose from.  Should they do it now though businesses and consumers would probably just shrug their shoulders and quietly move on to the next big thing.