The closer we get to the unveiling of the Windows 8 beta, the more I'm thinking about the impact (or not) this operating system is going to have on the world.Â  Since we first saw that Metro would be the default interface for Windows I have been as sceptical as many IT Pros, but now I'm beginning to wonder if we might not be underestimating the impact this newest version of the operating system will have on the world we live in.

Much of this depends on how well it sells and what the general uptake is, especially in the tablet market.Â  Windows 8 is a big tablet gamble as by the time it comes to market the competition will already have had a three year head start, that's simply enormous and not to be under-estimated.Â  There are also issues and hurdles about running desktop apps on ARM hardware (which is frankly the only way we'll have Windows tablets with great battery life for some years yet) and if people can't run all their favourite desktop apps, or if it is too complex and difficult to use them, will they even bother with Windows tablets at all?Â  After all, this apparent bonus over the competition, along with the ability to use any USB device may not exist on ARM and as such, Windows 8 won't be any better than iOS or Android overall.

I'm beginning to wonder then if it might be in Internet TVs that Windows 8 is set to make its biggest impact.Â  Microsoft have said nothing about Internet TVs past announcing plans to bring Windows Media Centre to set top boxes and then going very quiet on the subject.Â  Think about it though, when Windows Media Centre gets its Metro makeover, not only will it continue to be a great 10 foot interface for your TV, but that newly designed start screen will also make a great thing to use from a TV. 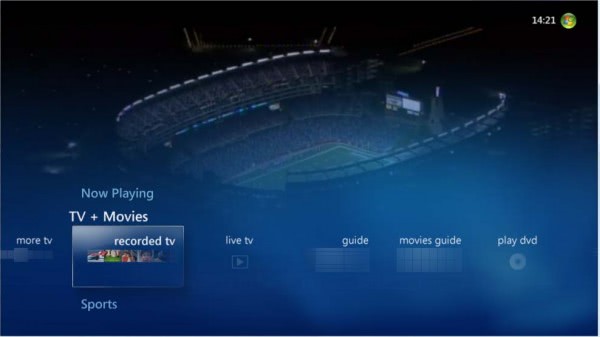 But, I hear you cry, how would you control it and wouldn't the lack of touch, mouse of type on a TV present a barrier?Â  Here I believe Microsoft will have things covered.Â  At CES this last week we have seen some smart televisions being controlled by tablets.Â  We also know that small keyboards for 10 foot TV use are commonplace, I have one for my own Media Centre which is the hub of my own living room.Â  Now though we also have Kinect for the PC, a way to interact with our televisions that's not just revolutionary but that we're also used to using and that will genuinely fit the Metro paradigm.

While Kinect might not be the most useful way to type a web address on your TV, for general navigation it's perfectly good and nobody complained about a complex qwerty remote control for Google TV did they.Â  Kinect is going to revolutionise how we use computers, I have no doubt about this, but it will also help Windows 8 make sense to more people and put Windows 8 to use in more arenas than are currently planned.

Alas, as I mentioned earlier, Microsoft have said nothing about Windows TV and it's a shame as the new operating system would fit in this entertainment space perfectly.Â  This doesn't mean to say they're not either thinking about it or actively planning it.Â  They do have a habit of turning up late to the party though and this is something that causes me worry.

I will be buying a Kinect for my PC (I have Windows 8 books to write after all, and will need one early on) but I will also now be buying a second for my TV in the living room.Â  Here I've been using Windows Media Centre since 2003 as my main way to watch TV and video.Â  In all that time I've bemoaned the lack of a proper 10 foot email and web client.Â  Windows 8 could well be it and so I'm going to give it a try.Â  It's with people using Windows 8 and their hardware, new and old, that innovation takes place.Â  It's how it all started with Kinect, and it might just be the start of a huge uptake for the next version of Windows.