Want To Play Battlefield 3 Without Origin? Do This!

Origin is a controversially "Steam-like" distribution and gaming platform by Electronic Arts. The service has recently received bad press because of its end user license agreement which EA in the meantime has updated several times. Regardless of that, it is still heavily criticized by privacy organizations and end users alike for its abilities to crawl a system and collect data about it.

Computer gamers who wanted to play Battlefield 3 without Origin hat two options until now. They could get the Xbox 360 or Playstation 3 version of the game, both of which shipped without Origin. Or, they could download a modified executable that would render Origin useless. Depending on the jurisdication, the latter method may have been outright illegal.

There is a third option according to the German computer magazine Golem.de that allows players to play the online shooter Battlefield 3 without Origin. Best of all, it does not require third party programs to be installed on the system.

All that it takes is to block Origin from accessing the Internet. This can be done in the Windows Firewall or any other software or hardware firewall available on the system.

The game can then be started by loading the following url in a compatible web browser: http://battlelog.battlefield.com/bf3/gate/.

According to Golem's information, that's exactly what Origin does. Playing Battlefield 3 in multiplayer worked but only after disabling two features in the Origin configuration. Enable Origin In Game needs to be disabled under the Settings > In Game tab.

Second the Cloud Storage for supported games needs to be disabled as well.

Users can then open the Battlefield 3 Battlelog website manually in their web browser, log into their account and start joining servers just as they did before. The only difference is that Origin is not communicating with EA servers in the background anymore. 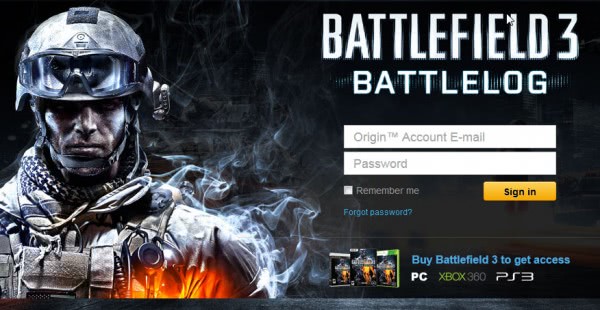 I'm not a Battlefield 3 player, which means that I cannot vouch for the method. It should however work with other games as well. I still hope that Star Wars The Old Republic will not force users to use Origin though as I'd prefer not to have Origin on my system at all.

Have you bought Battlefield 3? What's your Origin experience so far?