Multiple file types is usually not a problem on the computer itself as software music players are capable of playing all of the popular music files. Problems usually arise when music needs to be transferred on media devices such as mp3 players.

Music converters are used to convert music from one format into a different format.

A first tech preview of the popular music converter LameXP 4.0 has been released a few days ago. LameXP is basically a frontend for the mp3 encoder Lame with support for additional decoders. 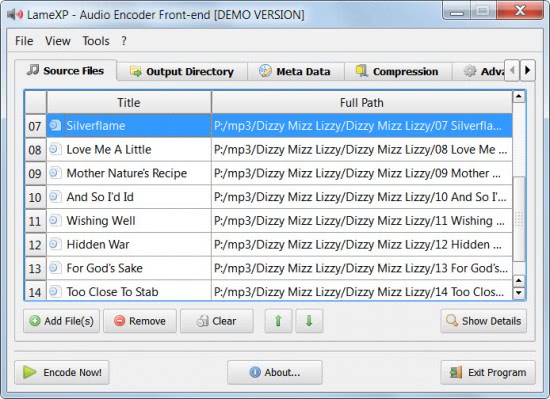 The tech preview has been released as a time limited demo which means that it will only work for 14 days. The developer plans to release a new version in that timeframe that users can update to.

Not all planned features are integrated in the tech preview as well. It is possible to load audio files into the interface with the built-in file browser or drag and drop. LameXP 4.0 supports a wide variety of file types from mp3 and wave over flac and ogg/vorbis to wma, mp4 and aac.

The endocder, quality settings, meta data and output directory are all defined in the program options. Supported are currently conversions to mp3, ogg vorbis, nero AAC (if installed), FLAC and Wave. 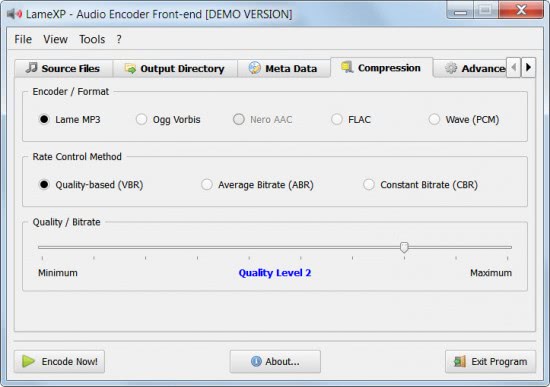 Meta Data can be added manually which will supersede meta data that is already existing in the files. A click on the Encode Now button starts the encoding. Encoded files are saved in the selected output directory. LameXP creates a playlist file automatically with an option to disable the creation in the meta data preferences.

Users who are interested in the tech preview of LameXP 4.0 find the official release thread at the Doom9 forum.