Google's Chrome web browser has developed into an interesting competitive browser ever since its first release. Part of this comes from features that Chrome supports but other browsers such as Firefox don't. This includes among other things a focus on security, a multi-process system, and better JavaScript performance to name a few things.

While Chrome does better in some areas, it does not in others. Firefox's add-ons system for instance is far superior to that of the Chrome browser.

Many Firefox users have grown accustomed to using add-ons which is one of the reasons why they are not making the switch to Google Chrome, or any other browser.

This situation is slowly changing with the release of the Google Chrome extensions repository, an official website hosted by Google that lists extensions for the web browser. Not all extensions are listed on the page however. Extensions that download media from Google properties are for instance prohibited from being listed on the store.

The listing below looks at popular Firefox add-ons and tries to locate equivalent add-ons for the Google Chrome web browser. Many Firefox users have lots of add-ons installed but consider only a few indispensable.

Verdict: Ad-blocking works well in both web browsers thanks to add-ons. Missing something like NoScript on the other hand is a big minus in the eyes of users who want that functionality in the Google Chrome web browser.

Verdict: The fabulous password manager Last Pass is available for both web browsers. NoScript on the other hand is missing.

Verdict: Both browsers offer sufficient add-ons to download files from the Internet. 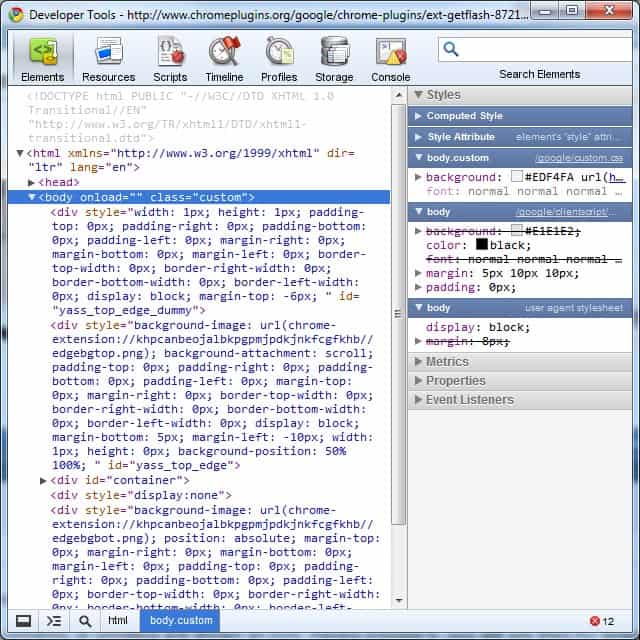 The situation has changed for the better in recent time. Chrome extensions are available in a multitude, and most features that add-ons add to Firefox are also provided by Chrome extensions in one way or the other.

Still, NoScript is Firefox only and unless Google changes what extensions are allowed to do, that won't change anytime soon.

Which extensions, besides the ones mentioned in this post, are currently not available for Google Chrome as well? Let us know which you would like to see ported to the Chrome web browser.

Martin Brinkmann is a journalist from Germany who founded Ghacks Technology News Back in 2005. He is passionate about all things tech and knows the Internet and computers like the back of his hand. You can follow Martin on Facebook or Twitter
View all posts by Martin Brinkmann →
Previous Post: « Which Web Browser Will You Be Using In 2010?
Next Post: View Item Price History on Amazon, Best Buy And NewEgg »