That's something that Windows XP users for instance notice when they migrate the XP system to a newer operating systems.

A common problem encountered by many users is for instance the inability to write specific files like the Windows hosts file, or settings of portable programs that have been transferred to the new operating system.

The standard way of dealing with file access rights is to change them so that files can be edited in Windows. This is done by right-clicking the file or folder, selecting properties from the context menu that is displayed, and switching to the Security tab in the window that opens afterwards.

This window displays a list of user names and groups, and their file access rights. Setting the file permissions this way is a lengthy process that becomes more than a nuisance if it has to be done for a lot of files and folders. 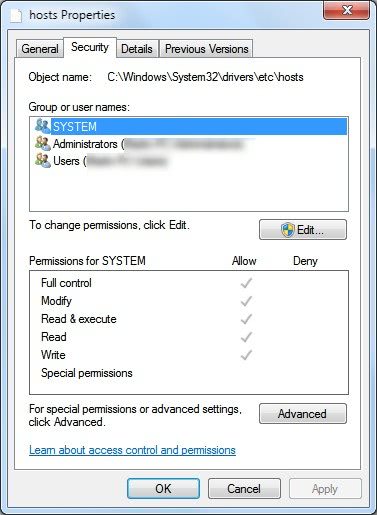 Take Ownership is a portable software program for Windows Vista and Windows 7 that adds an entry to take ownership of selected files or folders to the context menu of Windows Explorer. 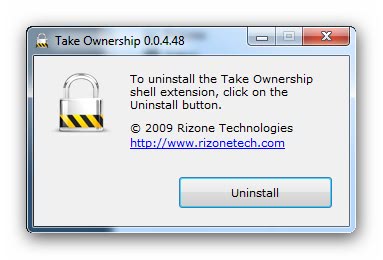 Changing ownership of a file or folder basically gives the new owner full access rights so that the files can be modified or deleted.

It is possible to change file ownership in the Properties menu as well but this requires quite a few clicks before the changes can be made.

Take Ownership simplifies that process making it extremely easy to change the owner of a file or folder.

The program displays a small window upon execution that can be used to install the shell extension so that the Take Ownership context menu entry appears in Windows Explorer. The application will automatically switch the install to an uninstall button after installation which can be used to uninstall the shell extension again if it is no longer required.

The software program is mostly helpful for users who encounter file access rights errors regularly on their operating system. .

Update: The developer website is no longer available. We have uploaded the latest version of the Take Ownership shell extension to our own servers. To download the program, click on the following link: Take Ownership