Alright, it is barely past the start of the week and it looks like we have quite a few phone related tings to talk about. Thereâ€™s a new Android phone that is shivering the in cold Russia right now (awww). T-Mobile confirms all rumors by revealing its Project Dark phone plans. And there are two and a half new iPhone apps that I want to talk about. Yes, you read that right. Get over to the other side to know why it is half.

So Samsung decided to release its second Android phone in Russia. But news can never remain buried on the Internet. So we know that it is called the Galaxy Spica. This is the same phone that the rumors were calling the Galaxy 17500 Lite. Spica is the official name. 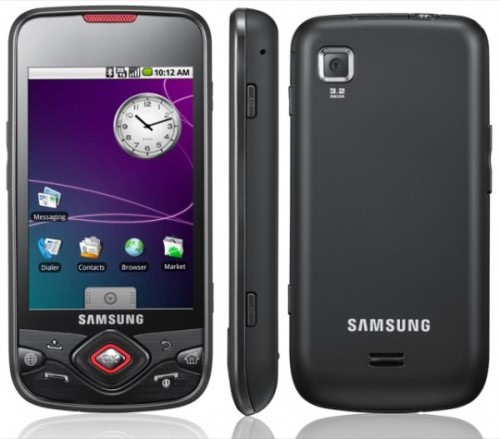 The press release says a lot of things, as usual. You know it has Android and that it runs on an 800MHz processor. But what it does not tell you is what version of Android it will ship with when it does. My guess is Android 2.0, because the release seems imminent. [read]

Then we have the T-Mobile Project Dark plans. After a long line of rumors, spy shots and leaked marketing material, the carrier finally unveiled its twin plans. And they are right on time too because their timeline was already leaked by the rumors.

So what are the plans like? Look above. Thereâ€™s the $79 Even More Plus and thereâ€™s the $99 Even More. Those are the maxed out prices. They start from $49 and $59 respectively. The first one has no annual contract and the second one has a 2-year contract. [read]

Nokia in the meantime has brought out â€˜Illuvial Special editionâ€™ phones in Europe. These are normal Nokia phones with floral prints on the back, purple backlighting and purple/pink graphics in the UI. I still think of this tech industry practice of feminizing products as highly patronizing. Plus, companies tend to charge more for these frills. Et tu Nokia? [read]

The app store is growing rapidly and is now over 85,000 apps. Ever since the $99 iPhones became available, everyoneâ€™s been buying an iPhone. And everyone who can is making an app and sending it in. Even the American stock exchange has its own app now.

Yes sir, NASDAQ has an app in the App store. It lets you check stocks and see live activity, which are quite obvious. What is not obvious though is the fact that it shows you live tweets about various stocks from StockTweet. Now thatâ€™s something extra that is worth having. Plus the App is very well-designed. [read]

Next up we have a remote app for â€¦get this â€“ starting your car. Thatâ€™s right folks, now you can start your car from practically anywhere with a free iPhone app. The catch? You have to buy a kit for your car for this to work and Best Buy has the exclusive retail deal on it. You have two models available. One is for $299 (for cars that have the initial system built in) and the other for $499 (for the complete system). [iTunes link]

The next one is only half new because it was already launched in the US last year. Amazon has released their iPhone shopping app in the UK. This app lets you buy from Amazon through your iPhone. It connects you to your account and also allows you to use features like one-click ordering, etc. [read]

Another Amazon app is coming soon though. I am talking about the Kindle app that is headed for us in November. [read]

So I guess these two halves make one, except that you can only buy one half right now. But the US half is already available. So that makes one too. Okay, enough with the halves.

Previous Post: « Motorola Sholes/Droid Rumor Round Up: Is there no end to the wait?
Next Post: « iPhone Update: Marvel Comics, Easy Time Lapse Video, Real Time Translation And more