We are talking about any two devices that are somehow connected to each other, this could also be text or images on the computer and printer or images from a digital camera and the computer.

That's where Color Management comes into play which makes sure that the conversion between formats yields the desired results. Microsoft released a software named Microsoft Color Control Panel Applet for Windows XP which you may use to add additional Color Management Modules to Windows XP. 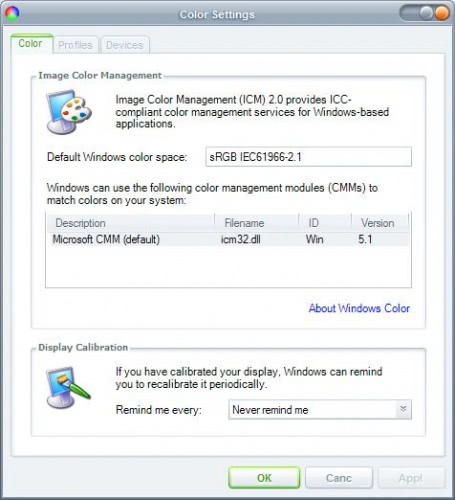 Update: Microsoft has removed the Color Control Applet download from the Microsoft Download Center. The download is no longer available and the page where it was originally found on is returning a not found error.

We have uploaded the latest version of the program to our own server. Please note that it has been designed for Windows XP and not for newer versions of the Windows operating system. To download The Microsoft Color control Applet for Windows XP, click on the following link: Color Apple