A new beta version of Winamp 5.5 has just been released as usual in a full, pro and lite version. Winamp lite is basically a music player supporting many different audio formats while the other Winamp editions support video playback, cd ripping and an integrated browser to browse sites like Shoutcast.

I never quite understood why someone would use Winamp to play videos because this functionality was introduced into Winamp when several other great software video players like VLC, Mplayer or BSPlayer were already in existence. I therefor decided to compare the lite version of Winamp 5.5 against my favorite music player XMPlay.

The Winamp executable has a file size of roughly 2.2 Megabytes while XMPlay one of 340 Kilobytes. The XMPlay folder has a size of 1.9 Megabytes after installation while Winamp's folder one of 6.6 Megabytes. The first noticeable difference can be found if you open both players without a song and take a look at the Windows task manager. 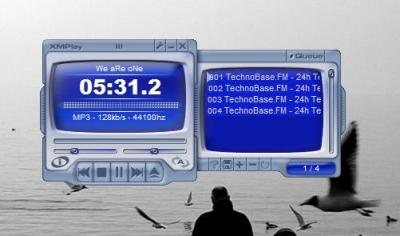 I pressed the play button in both players and switched back to the task manager. Winamp 5.5 lite was now using 6.24 Megabytes of memory while XMPlay was using 3.84. The difference rose to 2.4 Megabytes.

Last but not least I decided to see how both players would do when playing Internet radio streams. XMplay was using 3.53 Megabytes while playing a 128 Kbit stream while Winamp used 7.66 Megabytes. 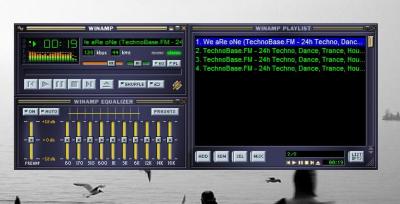 The conclusion is that XMPlay has a far better memory management than Winamp. The real important state is of course when playing music files in the music player and this is where XMPlay really excels. This means, if you really want a "lite" player you should switch to XMPlay instead of Winamp 5.5 lite.