Starshine is a neat little browser game suitable for all ages. It is a relaxing addictive puzzle game with 50 levels that can be played by anyone.

The screen consists of an outer ring that is used to fire one shooting star at neatly placed stars that are placed inside the ring to fire additional shooting stars automatically when you hit them.

You need to create a chain reaction to hit all stars of the level with that one shot to proceed to the next level. If you fail, you try again until you get it right or exit the game out of sheer frustration.

This might sound easy at first but it becomes difficult pretty soon starting at level three. Later on different types of stars are introduced. The first star available sends out two shining stars for instance while the next type of star sends out only one. Additional stars are introduced in the later levels that make the game more challenging. 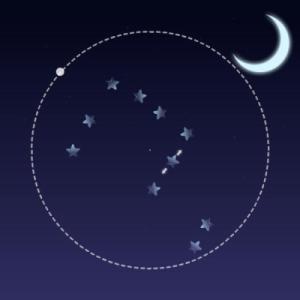 Starshine is a nice little game that is fun to play but can be quite frustrating if you are not able to find the solution for a level.

A basic understanding of math, and trigonometry in particular helps tremendously in later levels of the game. While it is certainly possible to beat the game by trial and error, it is likely that it takes a lot longer to do so.

If you are frustrated because the game is too difficult, try the following walk through which demonstrates how you beat every single level of the game.

The video highlights the position the shooting star needs to be in to beat each of the 50 levels of the game. It is a rather short video at 4 minutes 10 seconds, and I suggest you hit the pause button if you can't keep up with the pace of it.

If you prefer to play Starshine on your own, simply do not play the video as it may reduce the fun you might have playing it.

Some tips to get you started

Previous Post: « Hurrican Final a Turrican Remake
Next Post: « The five most embarassing ways to die in an FPS