Game for the Weekend Ahriman's Prophecy

This game for the weekend will keep you busy for a long time. Ahriman's Prophecy is a 2D roleplaying game that reminds me a lot of the old Zelda 2D games. The visual design of the game is appealing and the developers did a great job at creating a believable world.

You start as a young lady named Talia in the small village of Elden who is supposed to become a herbalist but finds out a little bit later that magic is what she is really good at.

The game starts with the introduction of the main character Talia in the village of Elden. Her aspiration is to become a village herbalist but it soon turns out that her real passion and strength is magic. Talia discovers that a prophecy links her to the demon Ahriman and that she is the only person that can stop the demon from destroying the world.

Combat takes place in real time just like in the old Zelda games for instance. Once you see an enemy on the map you may walk up to its location to attack in real time. The other party members will do the same automatically which means you only command one character in the game at the same time. 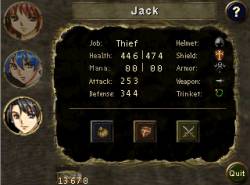 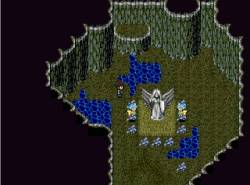 The party consists of up to four characters who all have their distinctive strengths and weaknesses. All party members have a job (class) like magic user, healer and fighter and it is your job to make sure that every character's strength is used in the game. So, it makes sense to put fighters in the front line during fights and magic users or priests in the back.

A players guide has been created which explains all the game mechanics like combat, quests and leveling in detail.

The only thing that disturbed me was the font that is used to tell the story. It looks a little bit blurry and hard to read. Not sure if this is related to my computer or a general problem.

If you love old Zelda, Final Fantasy Tactics or Chrone Trigger type of games, then you will surely love this game itself. It has an impressive play time of more than 30 hours.