I do stumble upon great fan made games from time to time. While I usually start playing right away i make a mental note to review the game later on here on this website. I recently discovered three interesting freeware games for Windows that are definitely worth a closer look.

Their names are: Turrican 4 Funeral, Wings of Fury and Warzone 2100 Resurrection.

Do you remember the game Turrican which was famous on the Commodore C-64 and Amiga? Turrican 4 Funeral looks a lot like a copy of the old Amiga version of the game. You walk, jump and shoot your way in this side scrolling action jump and run game. The game has not been updated for some time though, and you may be interested in a newer remake called Hurrican which you can play without issues on newer versions of the Windows operating system. It is quite difficult so be prepared to start over many times if you are not used to these types of games.

Wings of Fury was another game that was rather famous on the Commodore Amiga. You represent an American pilot during in the Pacific during World War II. Your mission is to destroy enemy land and sea units by using various means such as bombs, torpedos and the machine gun. I have linked to a Flash version of the game that you can play when you follow the link above. Please note that it is somewhat limited, and that there is a premium version available that is providing you with access to additional items you can attach to your plane or make use of. 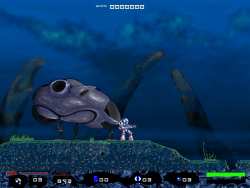 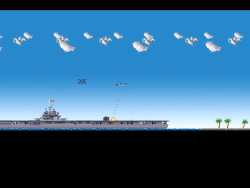 Finally we have got Warzone 2100 Resurrection which is based on the Warzone game published by Eidos in 1999. Eidos decided to release the under the GPL in 2004 and the Warzone Resurrection project decided to work further on the game. This game is available for Windows, Mac and Linux. It is interesting to note that the game is still updated regularly.