Fear Combat is the multiplayer part of the game Fear which is an ego shooter game with horror elements. Fear, which stands for First Encounter Assault Recon, was developed my Monolith who created great games like No one lives forever and Condemned. The game received numerous awards including Best First Person Shooter from IGN, Best Action Game from PC Gamer and Top 10 PC Game of the Year from PC Informer.

The game should be available today at the website given above. The counter is at Zero but this might be because it is using the timezone you are connecting from while the release may be linked to the . Just wait and the game should be ready to download soon.

Update: Fear Combat can now be downloaded from the official website. A free registration is required to get a Fear Combat CD-key which is needed to register the game before it can be played on the local system. The CD-key will be sent to the email address that is used to register the account at the site. 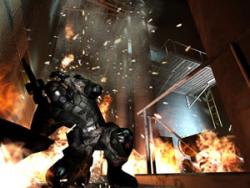 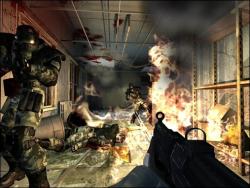 The game itself has a size of 1.8 Gigabytes, and I'd recommend downloading it with a download manager so that you can resume the download if the connection gets dropped by the server or on your end

Fear Combat is a relatively old game which benefits players who want to play on lower-end systems. The recommended system specification is a Pentium 4 with 3 GHz and 1 Gigabyte of RAM. If you have a better system, you will have a better gaming experience though with better frame rates and probably less lag.

You may also need to download game patches that have been released in the meantime. Downloads for those patches are available on the official website linked above.