Old adventures never die. They only get remade.

Back in the days before DOOM became the pop phenomenon it still is, the adventure game genre reigned supreme. Adventures were cutting edge, they were. Names like Kinq's Quest, Larry Laffer, Zak McKraken or Maniac Mansion were common household items and easily quite a bit more popular than your average garden gnome.

Unfortunately (or thankfully according the masses) times change. Contemporary adventures, uncomfortably squeezed in a wee little niche market, just don't have the touch of class of yore. That's why reliving the old, albeit gloriously remade, days can be so satisfying. Especially when this doesnâ€™t cost a thing.

Here, in this humble post, the one that ghacks was nice enough to host, Iâ€™ll present you with what I consider to be the five best freeware adventure remakes: 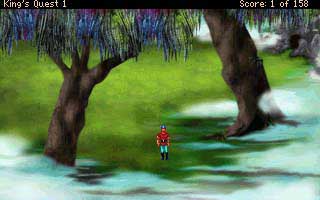 This article is Gnome's contribution to the Ghacks Anniversary Competition. Thank you very much.

If you look around, especially on the first and third site linked in this short article, you will notice that there are more games listed than just the one mentioned on this article. You find additional remakes on those sites as well as new franchises that are not remakes, but often still worth a try if you are an adventure game lover.