DuckDuckGo announced the general availability of its App Tracking Protection feature in the DuckDuckGo Privacy Browser app for Android on November 16, 2022.

Launched with limited access last year, the feature is now available to all users of the DuckDuckGo application on Android. App Tracking Protection is still a beta feature, but it is universally available on Android.

To summarize its functionality for those who have not heard of it before: App Tracking Protection blocks trackers system-wide on Android using a list of known trackers. It establishes a purely local VPN connection on the device. Traffic flows through the VPN and known trackers are blocked automatically while that happens. Several applications and services use the same method to block trackers and ads on Android, including Netguard. 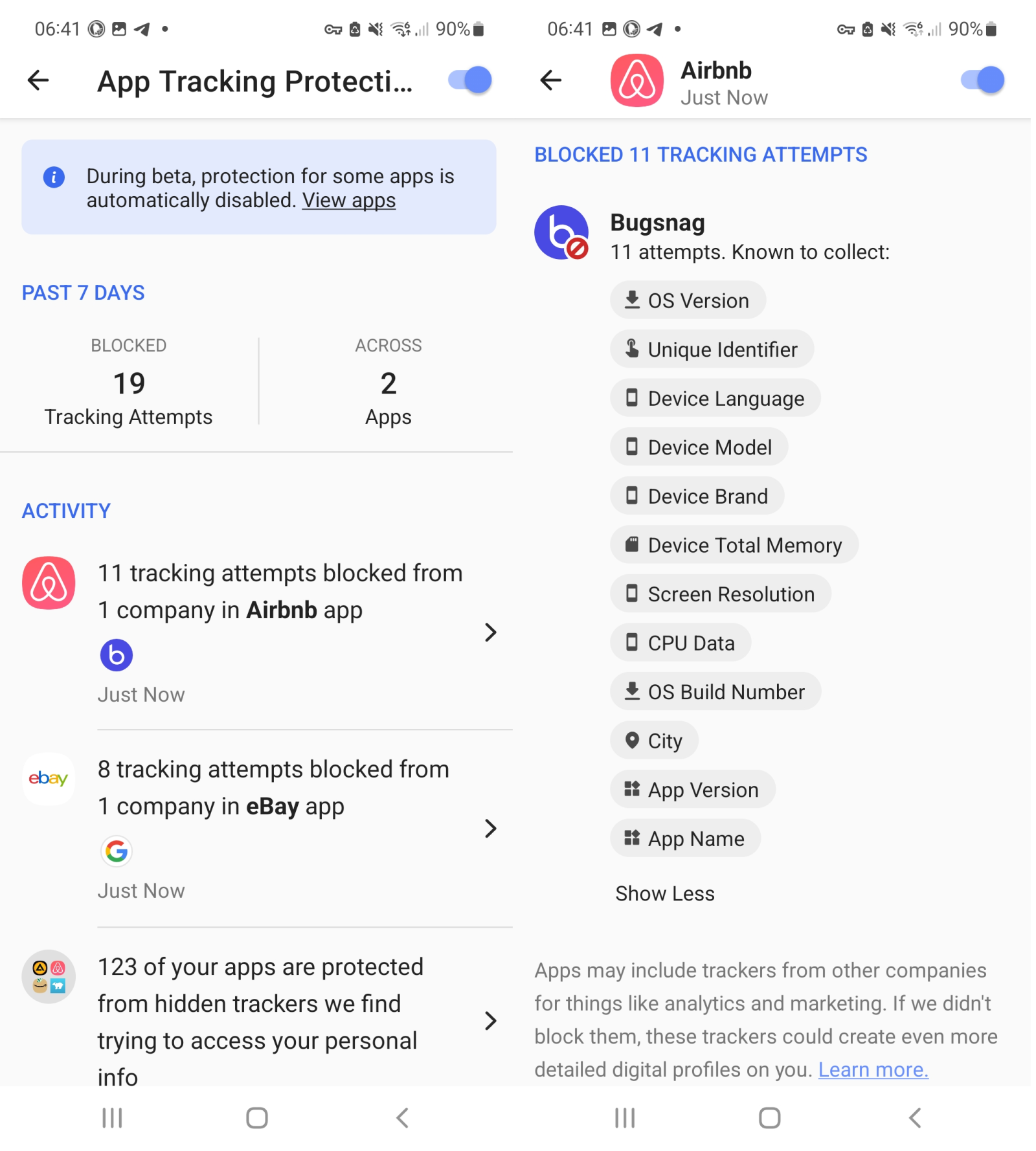 When I reviewed the feature last year, I found the tracking protection feature easy to use. It worked well for most apps on the device, but I ran into issues loading some. Main points of criticism back then were the lack of custom list options, that the tracking list was not publicly available, and that some trackers were not blocked but excluded.

The latest version of App Tracking Protection does away with the waitlist and makes it available to all users of the app. The developers have improved the feature since is launch last year. Core new features include more information on trackers that applications use, performance improvements, a reduction in tracker exclusions, and the release of the blocklist in a public space.

Launch the DuckDuckGo Privacy Browser application for Android to get started. Select the Menu icon (three dots) at the top, and then Settings.

Scroll down in Settings until you encounter the More from DuckDuckGo section. Activate App Tracking Protection there and follow the onboarding wizard to enable the feature. Note that you need to allow DuckDuckGo to set up a VPN connection.

Once done, the feature works automatically in the background. Options to disable tracking protection for individual apps is provided; this is useful, as some apps may not work correctly or launch at all, after the feature is enabled on the Android device.

DuckDuckGo highlights apps that have tracking protection disabled, and gives users an option to enable tracking protection for these. 17 out of more than 120 apps on a test device were not protected by the feature by default, including web browsers such as Firefox, Chrome and Brave, the Google Play Store and Android Auto, WhatsApp and YouTube.

App Tracking Protection lists recent activity in the interface. A new feature is the option to dive deeper by selecting an app with blocked tracking attempts. DuckDuckGo highlights what the selected app is known to collect on the page that follows.

App Tracking Protection blocks some trackers on Android devices once it is enabled. Some, as it relies on a list of known trackers and does not include options to add more trackers to the list using customization options. Some also, because some apps are except from the blocking by default.

DuckDuckGo addressed some of the concerns users had when the feature launched originally. The list of trackers is public now, there are less apps exempt from blocking by default, and more information is displayed regarding the collection of data by individual apps.

Still, users of the app may want to enable the new feature to reduce tracking on their device.

Now You: do you use apps that block trackers system-wide on your mobile devices?