Microsoft Windows users who click on the user name in the Start Menu may see a new "Back up your files" advertisement there. Placed prominently with the only splash of color at the top of the menu, it advertises the company's OneDrive service. 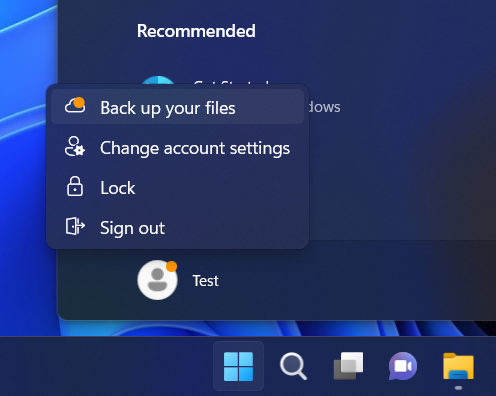 Microsoft tested ads in various locations of the Windows operating system, from File Explorer over Search to Windows Widgets and Microsoft Edge. All have in common that they advertise Microsoft services and products; some free and some paid.

In this particular case, it is debatable whether OneDrive is the best option when it comes to backing up files. The service is integrated deeply into new versions of Windows and enabled automatically when users sign-in with a Microsoft account.

Microsoft shifted strategy regarding Windows some time ago by making it a vessel for additional revenue. Getting users to use OneDrive, and in the next step, to subscribe to a paid plan, adds to Microsoft's revenue and pushes users into the company's ecosystem even further. 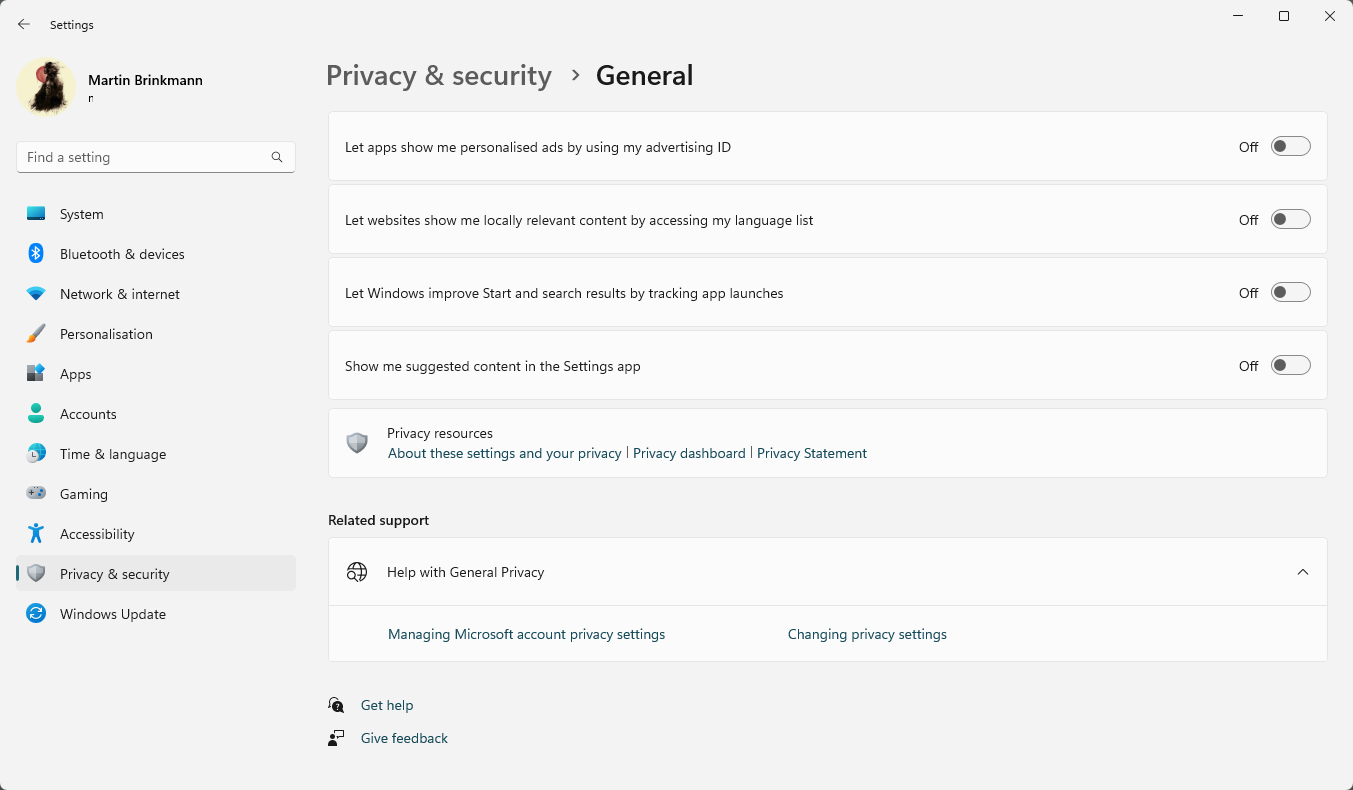 Tests on several desktop systems running Windows 11 did not return the "back up your files" listing in the context menu. It is possible that this is a limited trial run or limited to certain regions or based on other information that Microsoft has at its disposal.

It is clear that Microsoft won't change the course in the near future. To the contrary, it may even intensify advertisement on Windows machines. News broke recently that Microsoft is working on a new product that ties Windows with Windows 365 even further. The main idea behind this is to sell or rent low-cost devices to businesses and home users, and generate revenue from advertisement and subscriptions.

It would not be that much of a problem if Windows would include an option to turn all of these ads off in the settings. Such options exist for some locations. On Windows 11, there is an option under Privacy & Security > General, to disable suggested content in the Start Menu.

Most Windows users and organizations won't switch to another operating system because of this. Migrating to Linux, which seems the only option going forward, as Windows 7 and 8.1 will run out of support in January 2023, is a daunting task for most.