Microsoft has released a new build to the Developer Channel. Windows 11 Insider Preview Build 25211 brings a couple of interesting changes to the Taskbar, and the Snipping Tool. 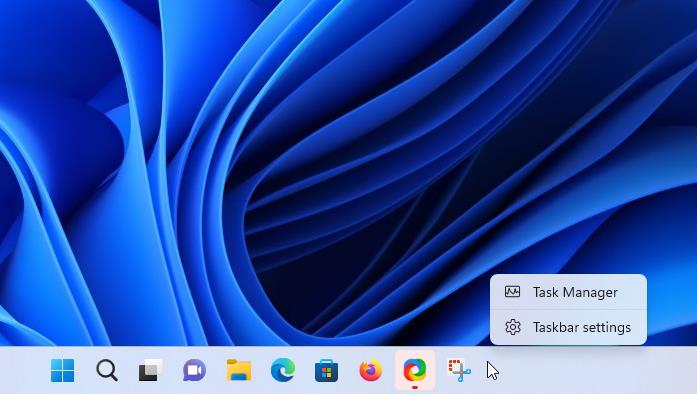 The Taskbar's right-click menu has a new option that lets you open the Task Manager. While it's still not as good as Windows 10's context menu or the Win + X menu, the new shortcut will be appreciated by Windows 11 users, especially if you have multiple monitors.

Build 25211 brings back the ability to rearrange the icons in the system tray. Microsoft's article says that the experience will be improved in the future. The option is being A/B tested, so it's not available for everyone yet.

Snipping Tool has been updated to version 11.2209.2.0, and the latest build introduces an option that saves your screenshots automatically. The snapshots are saved in the Pictures folder.

The auto-save feature is enabled by default, and can be turned off from the app's Settings. 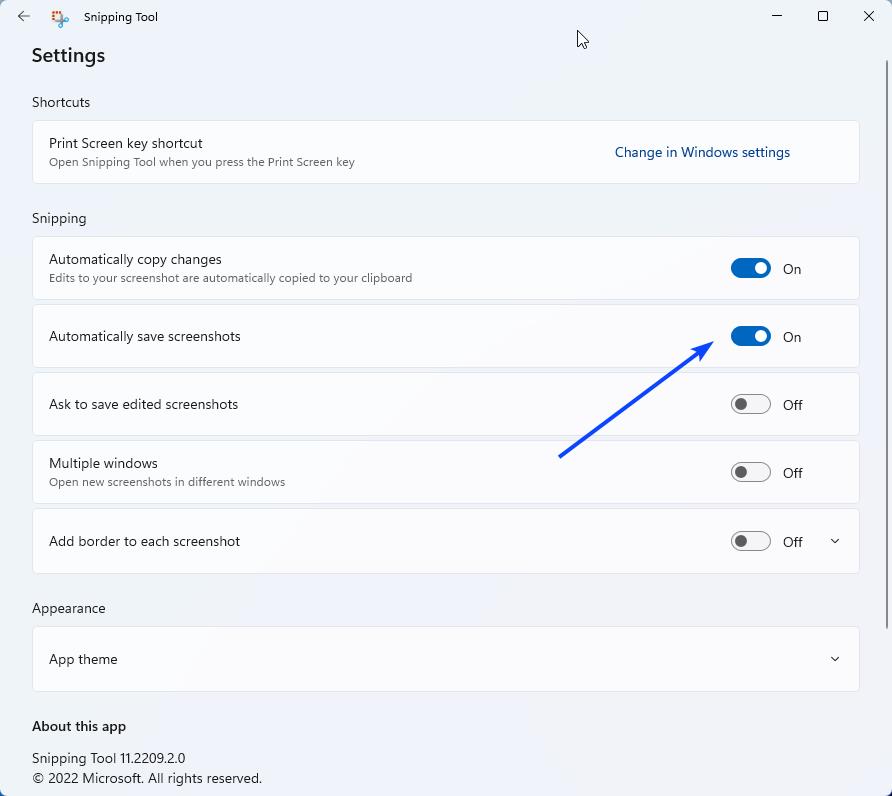 The buttons in the top right corner of the Widgets panel have been changed, the + button opens the widget picker, while the Widget Settings can be accessed from the Me button (your profile picture).

The widget picker section under the Settings has been replaced with new options that control the behavior of the Widgets button on the taskbar. You may set the Widgets board to open automatically when you mouse over its taskbar icon. It also lets you choose whether it should display notification badges, and announcements (Live Widget content) besides the weather information.

These options are being tested on a limited basis, and aren't available for all Insiders just yet.

Windows Insiders who have enrolled into the Office Insider Program can try out the new Outlook for Windows app. Users in the Beta or Current Channel can switch to the app by clicking the "Try the New Outlook" toggle. The new app will also be rolled out to Windows Insiders via a similar toggle in the Windows Mail app. 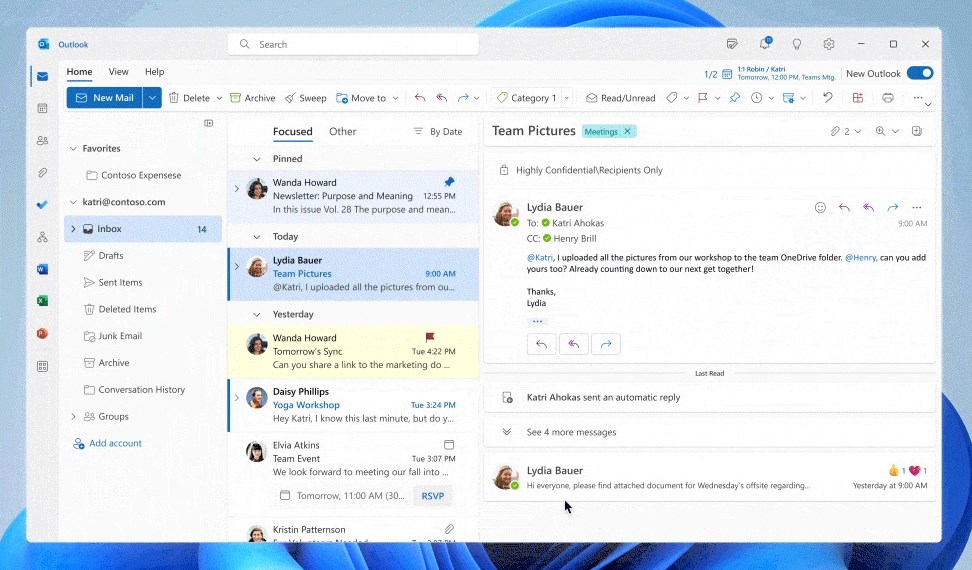 I have used the leaked build of the Outlook app, it's quite similar to the web version, and supports personal accounts 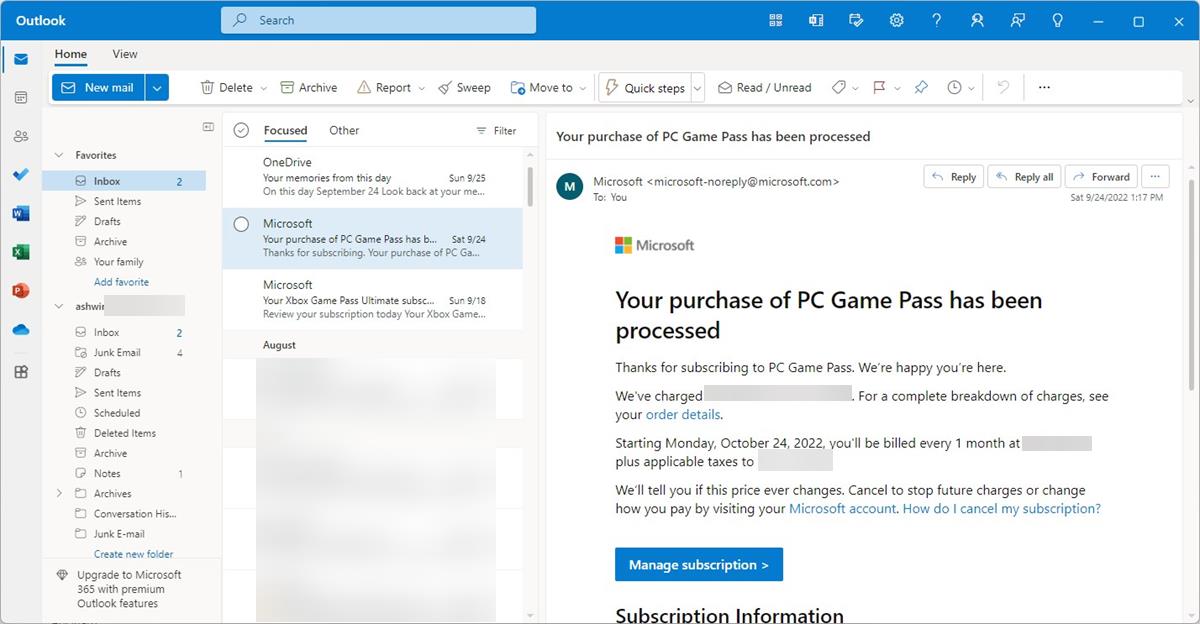 Elements in the top of the File Explorer, including the search and address box, can now be accessed in full screen mode. A bug that was preventing command bar items such as copy, paste, and empty Recycle Bin from being displayed has been fixed. Dark mode users should no longer see unexpected black bars on the sides of horizontal scroll bars.

Microsoft is rolling out a server-side fix for an error that displayed a message which said, "date, time and time zone settings are incorrect”. This issue was preventing users from installing the latest Insider Preview builds. The reliability of the Quick Settings' launch has been improved after a high hitting Shell Experience Host crash was discovered and resolved.

Microsoft has fixed a memory leak that occurred when repeatedly invoking the input switcher. The Settings app was crashing if the user tried to change the name of the mobile hotspot, this issue has been patched. The Task Manager's reliability has been improved. Opening the tool when Light theme is enabled will not result in a black flash occurring. The font color of some elements has been improved when a contrast theme is enabled.

Enabling HDR will not cause the screen to go black anymore. The update patches a bug that was leading the Open File dialog to cause hangs. Users who had the tablet optimized taskbar and updated system tray were experiencing Explorer.exe crashes in the Windows Sandbox, the issue has been resolved.

ARM64 PCs were experienced high CPU usage for WSL2 even when WSL was idle, Microsoft has patched the bug. An app crash issue that happened as a result of closing the print dialog has been fixed.

One new bug has been added to the list of known issues in Windows 11 Build 25211. It causes various UI elements in apps to disappear and reappear sometimes.