It appears that the Spotify application is getting installed on some Windows 10 and 11 devices automatically in the past couple of days.

According to user reports, Spotify is installed automatically and run on system start, prompting users to sign-in to accounts or sign-up for new accounts.

Windows Latest and Dr. Windows mentioned some incidents already. According to user reports on Twitter, Reddit and other sites, the Spotify app appeared on Windows devices without any user interaction.

Many reported that the app appeared installed after installation of a recent update for the operating system. Some have left negative reviews on the Microsoft Store, stating that they did not want the application to be installed.

A quick check of several Windows 10 and 11 test systems returned no hits for the Spotify application. The actual trigger for the installation is unknown, and neither Microsoft nor Spotify have responded to the reported issue yet.

It remains to be seen whether this is an intentional move or a bug of sorts. Windows includes no options to prevent the automatic installation of Apps pushed by Microsoft.

How to uninstall Spotify on Windows 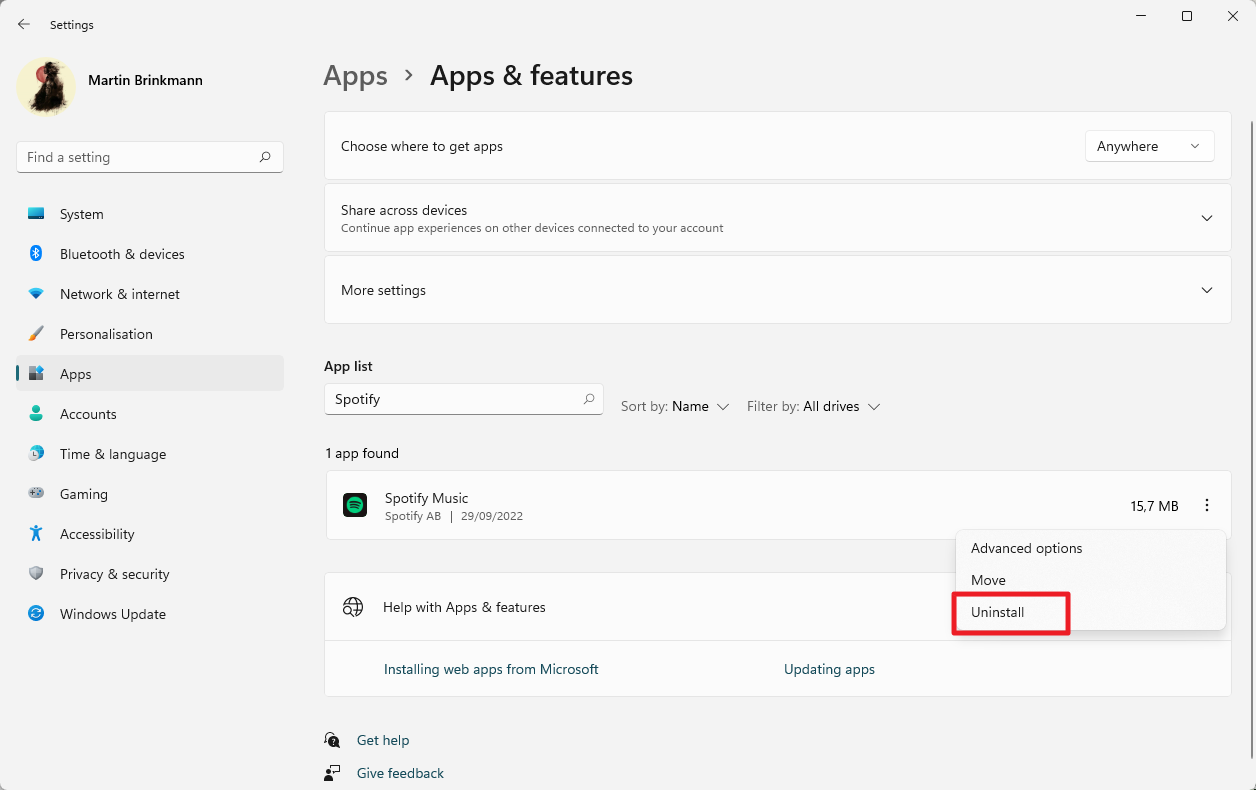 Affected users may remove the Spotify application again from their devices. Here is how the application may be uninstalled:

The Spotify autostart entry is removed automatically during the process.

Another option is provided by the free application O&O AppBuster, which can uninstall Spotify and many other applications installed on Windows 10 and 11 machines.

Now You: is Spotify installed on your devices?