Here is what is new and changed in Firefox 79.0 - gHacks Tech News
ghacks.net

Here is what is new and changed in Firefox 79.0

Mozilla released Firefox 78.0 and Firefox ESR 78.0 on June 30, 2020. The rollout of that release had to be paused a day after release to fix issues in the browser.

Firefox 79.0 and Firefox 78.1 ESR will become available later today via the browser's built-in update system and as direct downloads from Mozilla's website. 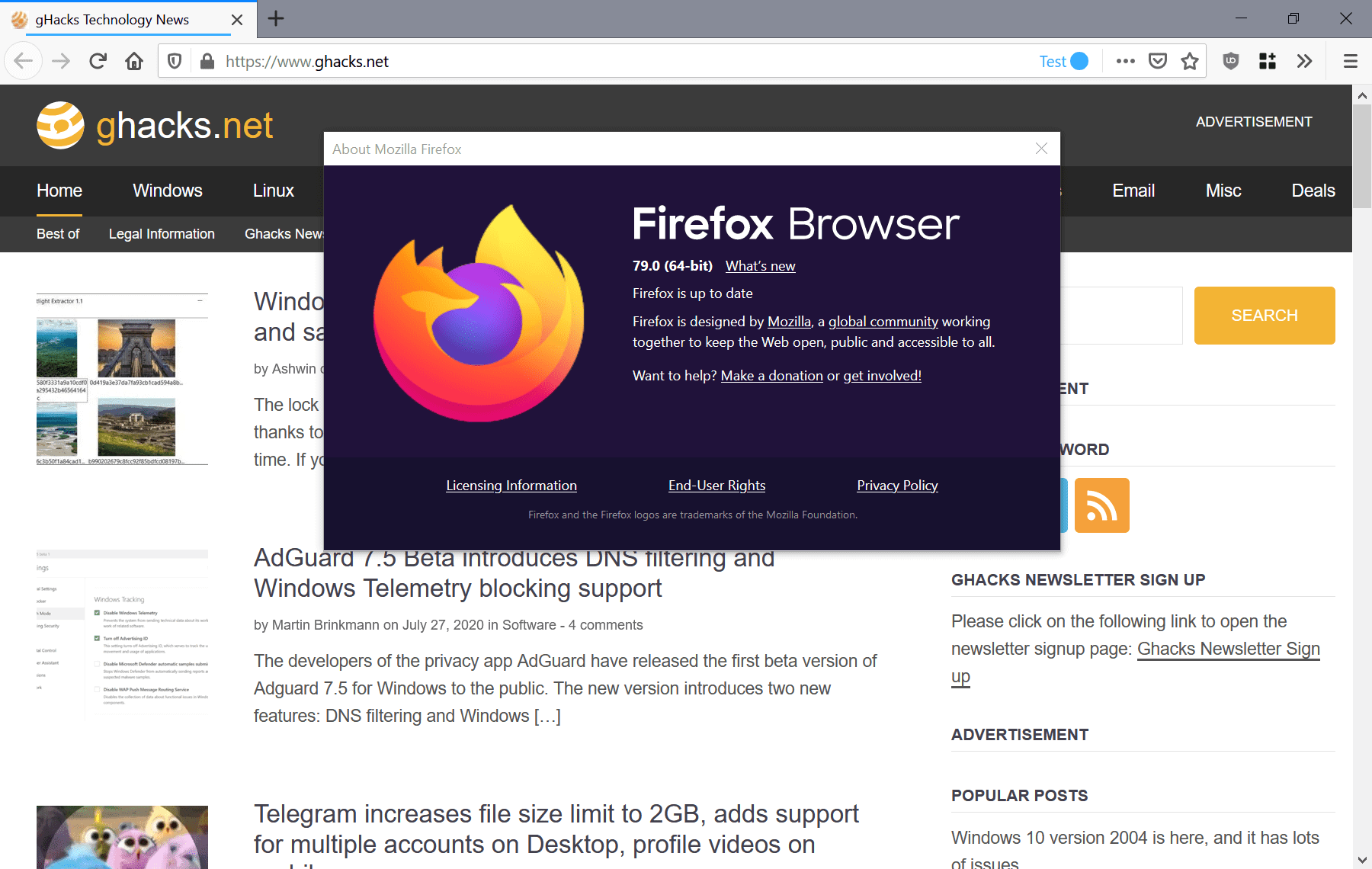 Rollout of the new stable version of Firefox and Firefox ESR starts on July 28, 2020. The new version is picked up automatically by the web browser's automatic update system once it becomes available.

Firefox users may select Menu > Help >About Firefox to display the current version and run a check for updates in the browser.

The following pages list direct downloads for supported Firefox channels (will be available later on June 30, 2020) 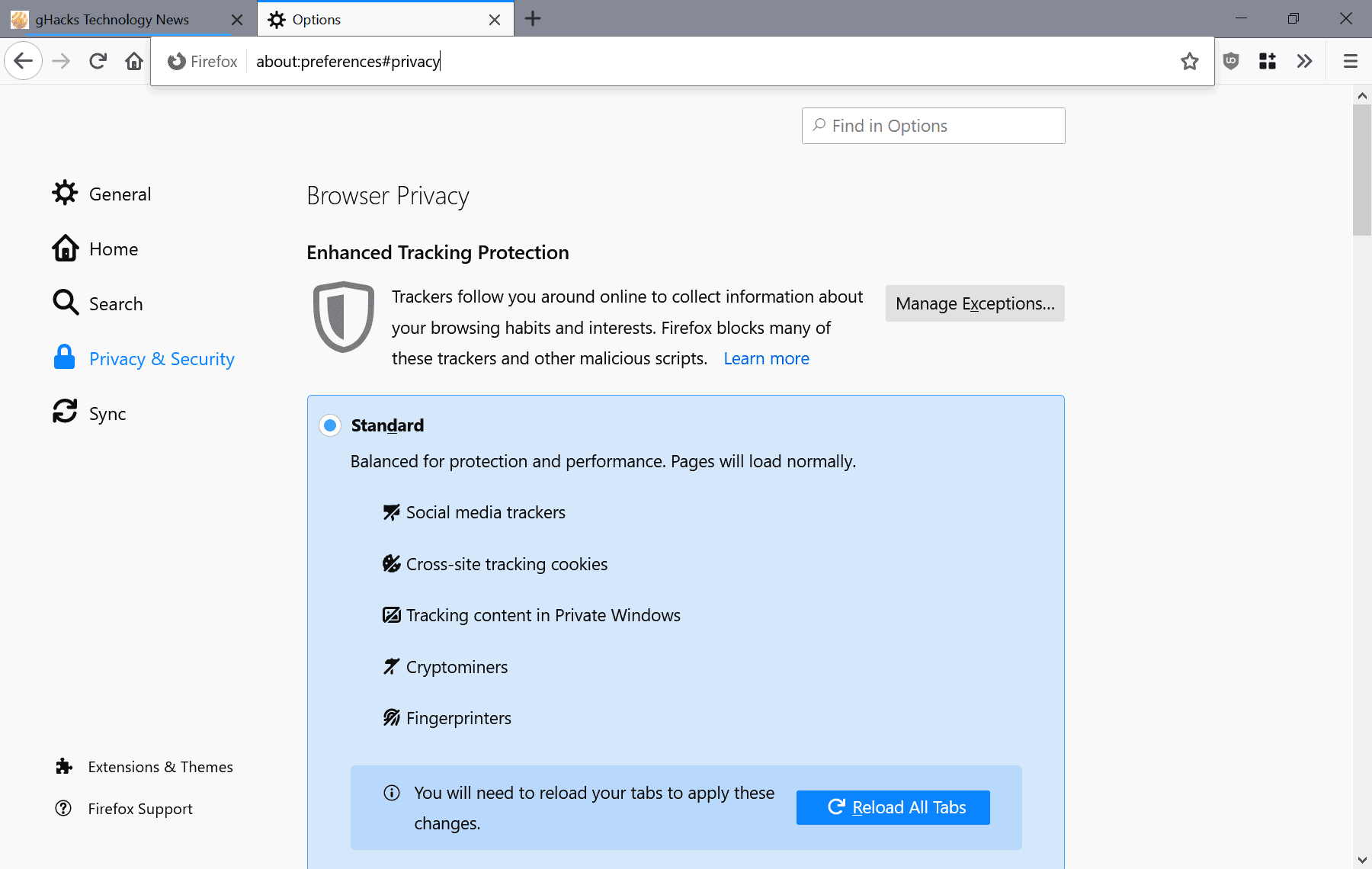 An update to the built-in tracking protection list includes protection for "unwanted first-party cookies" by default. Mozilla uses the Disconnect List to determine whether the cookies are wanted, and will make exceptions for sites the user has interacted with for 45 days. For everything else, cookies and site data will be deleted daily.

Tracking protection is enabled by default but configured to ensure compatibility with loading sites. Firefox users may change the setting to "strict" or "custom" to improve the protection, but this may also lead to some sites not loading correctly anymore. Options to whitelist sites are provided.

Martin Brinkmann is a journalist from Germany who founded Ghacks Technology News Back in 2005. He is passionate about all things tech and knows the Internet and computers like the back of his hand. You can follow Martin on Facebook or Twitter
View all posts by Martin Brinkmann →
Previous Post: « Mozilla used Firefox's notification system to push the Facebook boycott
Next Post: Are paid extra services the next big thing for browser makers? »