Microsoft released the second cumulative update for Windows 10 version 1903, KB4505903, on Friday evening to the public.

The company tested the update previously in Insider versions to give it another round of testing before releasing it to the public. KB4505903 was released on Thursday initially but Microsoft pulled it on that day to re-release it on Friday. No word on why it was released and then pulled on Thursday.

KB4505903 is a massive update for Windows 10 version 1903 that fixes lots of issues. Note that it is still considered a pre-release update as it is only available when administrators run manual update checks or download it from other sources. 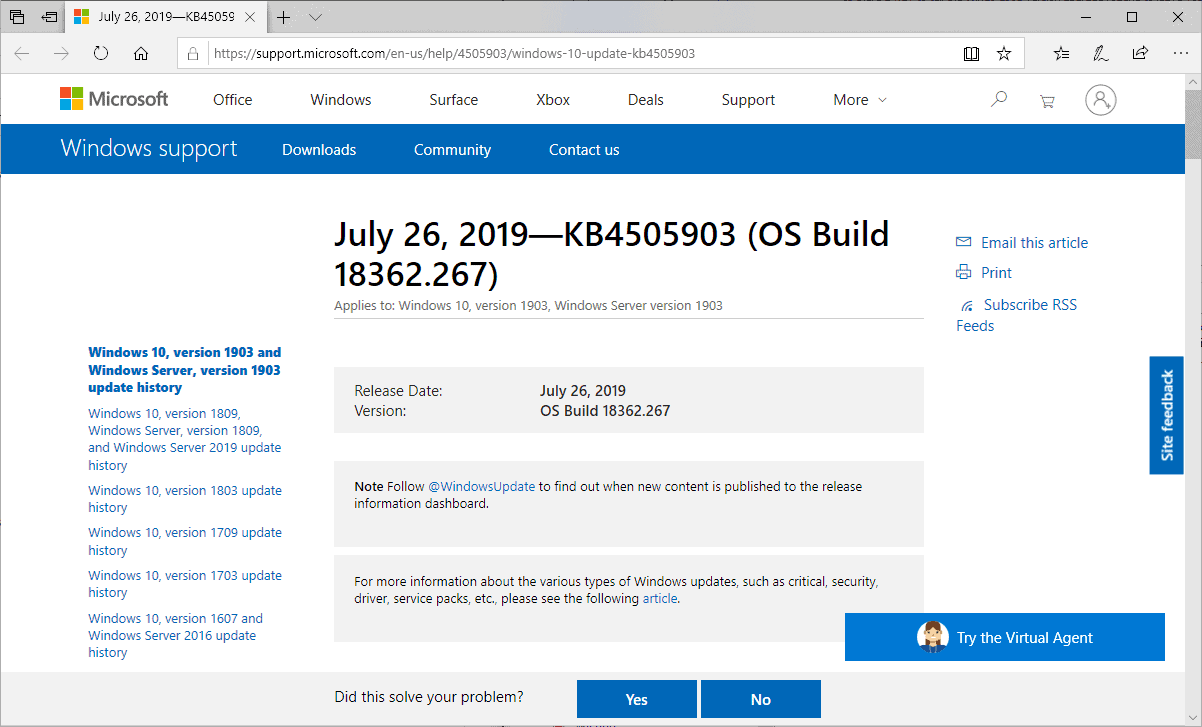 Here is the list of fixes in that update:

Now You: did you install the update or do you avoid the second cumulative update of a month?