The second cumulative update for Windows 10 version 1903, the current version of the Windows 10 operating system, is still missing.

Note: We suggest that you install the update only if you are affected by one of the issues and need to fix it asap. Updates may introduce other issues and it is recommended to wait to avoid being hit by those. If you do need to install it, make sure you create a backup before you proceed. Check out the free Backup & Recovery if you are not sure which backup program to use for that operation. 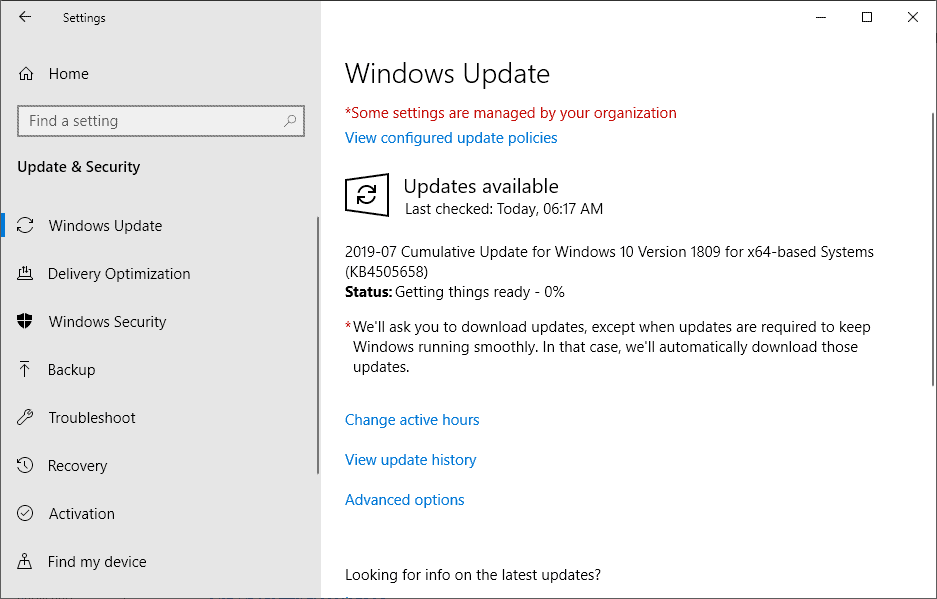 KB4505658 is already available on Windows Update. A click on the check for updates button returns the new update on systems that use Windows Update. It is not available on business and Enterprise updating solutions, but can be downloaded as a standalone update package from the Microsoft Update Catalog website.

Microsoft lists four existing known issues on the support page. The update fixed the Windows-Eyes known issue but the following four issues are still not fixed:

Now You: When do you install available updates? Any experience with this one?